VALENCIAN rice growers are calling for a comprehensive inquiry into possible food fraud on the aisles of Lidl.

The German supermarket has landed itself in hot water after being slammed by VA-ASAJA and the Unió for ‘deception’, with rice makers accusing Lidl of mislabelling bags of the white stuff.

Lidl is now at risk of being investigated for “irregularities origin, quality and price” over the controversial claims.

Producers of ‘arroz’ from Valencia are renowned for taking great pride in their stock.

In 2014 chef Jamie Olive revealed that he received death threats from furious Spaniards after he added chorizo to a paella dish.

“They went medieval on me, I had death threats and all sorts because of a bit of sausage,” Oliver told Graham Norton.

But the Naked Chef twisted the knife adding:  “By the way, just for your information, it tastes better with chorizo.”

Spanish travel-writer and biographer, Josep Pla once claimed that ‘abuses committed in the name of Paella Valenciana are excessive – an absolute scandal’. 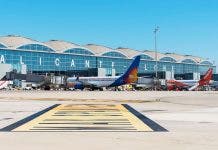