SPAIN’s Ministry of Consumer Affairs has called for a rethink of unhealthy food advertisements in an effort to curb the country’s growing obesity problem in under-15s.

The proposed plan will involve the scrapping of television and print adverts aimed at youngsters for foods high in sugar and saturated fats.

It will also target advertisements placed between cartoons and other children’s programmes, replacing them with healthier alternatives, and also veto the use of celebrities or influencers in advertising the products.

According to the Ministry of Education, four out of 10 children in Spain are overweight, with 17.3% being clinically obese.

Minister Alberto Garzon announced his plans this morning and hopes they will pass through government approval and become implemented by 2021.

The crux of the scheme will involve the categorisation of food products in a traffic light system, similar to what is used in the UK.

Based on key nutritional factors, each item will be classified as A,B,C,D, or E.

Any item classed as C,D,or E will fall under the ban as long as it can be justified that it is aimed at children under the age of 15.

As an example, the Christmas Turron bars advertised will not be affected as they are aimed at adults, however chocolate bars aimed at children will be.

Garzon has called on food manufacturers to begin changing their advertising strategies and marketing plans.

However, Garzon has warned that if the manufacturer’s self regulation does not work, the government will have the authority to intervene if necessary. 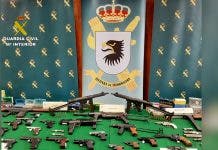 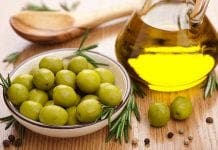 Simon Wade - 1 Mar, 2021 @ 15:45
A LETHAL cache of illegal firearms has been seized as trafficking operations in Valencia and Bilbao were busted by Spain’s Guardia Civil.