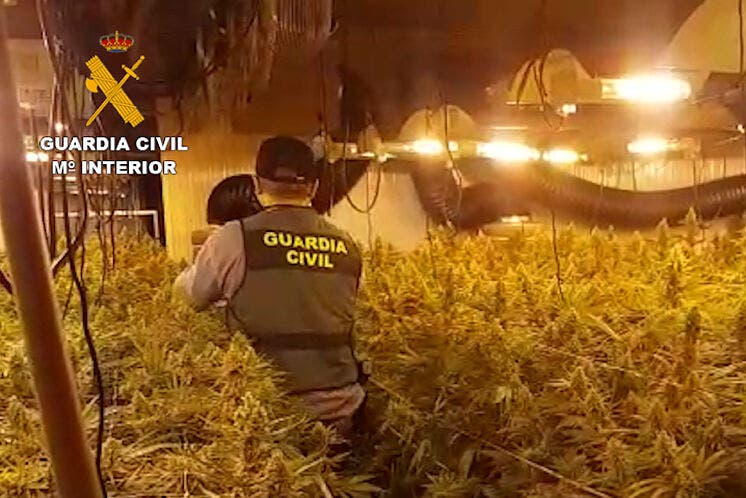 A HI-TECH indoor marijuana farm camouflaged in an old Costa Blanca hotel has been dismantled by the Guardia Civil.

The 17,000 square-metre complex was projected to make nearly €3 million in profits when fully operational at the Valle de Sol building in Mutxamel.

Four people were arrested with 1,400 marijuana plants and 2.5kg of marijuana buds seized by the Guardia.

To help cover up the clandestine farm, posters were displayed outside the building suggesting that it was going to reopen as a nursing home.

Instead a full-scale marijuana growing operation was based inside with two high-end sophisticated diesel oil generators to power the electricity supply.

One report suggested that the generators could have powered ‘a whole community’.

The plan was for the buds to be distributed by lorries across Spain and Europe concealed within packaging transporting legitimate items.

The gang carried out all their transactions using virtual currency transfers to make it harder for the authorities to follow any money trails.

Tallulah Taylor - 25 Jan, 2022 @ 17:45
THE Gibraltar government was pushed to reveal details of the Rock’s procurement of Lateral Flow Tests (LFTs) after rumours circulated that it was profiting...