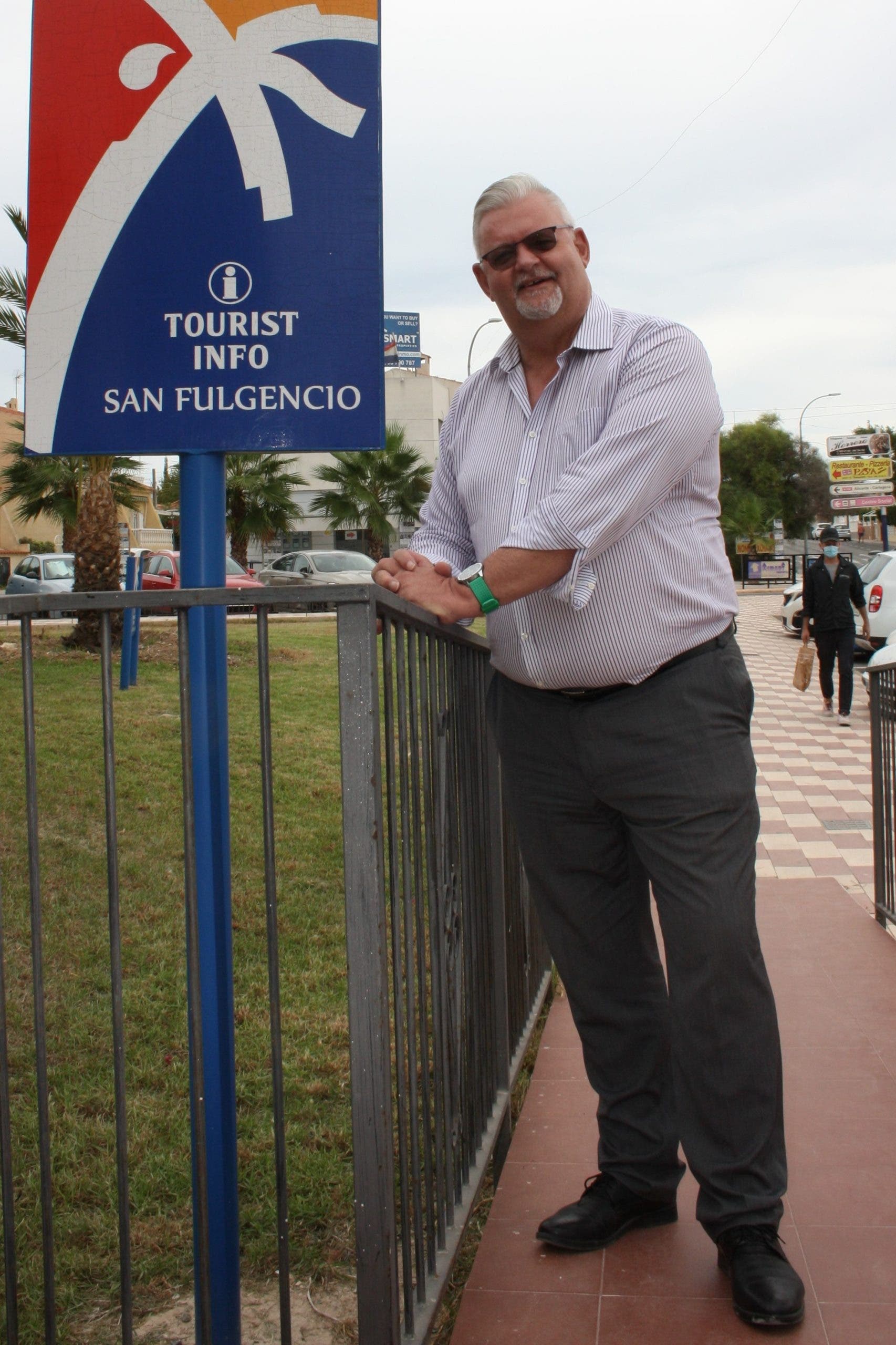 BRITISH councillor, Darren Parmenter, got a recent surprise when he was asked to meet top officials at Spain’s Migrations department in Madrid.

Darren, 59, had contacted the Secretary of State for Migrations, Hana Jalloul, and the UK Ambassador to Spain, Hugh Elliott, praising their joint video message which saw Jalloul firmly state to British residents that ‘this is and will always be your home’.

Jalloul and Elliott also made it crystal-clear, in spite of totally unfounded rumours, that no existing residencia holders in Spain will need to change to the new TIE foreign residency card.

The video was posted on the UK Embassy Facebook page and Darren, one of two British councillors in San Fulgencio on the southern Costa Blanca, said that what they said impressed him greatly.

Darren told The Olive Press: “The comment about Spain ‘always being a home’ for British people struck a real chord for me and on a personal level, I just had to send a response to them both showing my appreciation for what was said.”

“I wrote that the positive comments coupled with the UK Withdrawal Agreement from the EU has greatly stopped 400,000 British residencia holders from panicking. What Spain and the UK did has been of great reassurance.”

Darren was then taken aback a few days later when he received an invitation to visit Spain´s Migrations ministry.

“I was nicely surprised and I believe that I was the first-ever British councillor in the country to be asked to go along to the ministry, where I met with officials Sara Corres Armendáriz and Teresa Udaondo Gascón.”

It was quite a moment for London-born and bred Darren who has lived in Spain since 1989 and started his interest in politics as a youngster.

“My breakthrough moment was getting hooked with the two UK general elections in 1974 and then with the workings of the UK Parliament,” Darren explained.

“It wasn´t so much party politics that I was interested in, but the way that politics worked,” he added.

Parmenter was elected 18 months ago on a PSOE platform and believes that his previous experience as a local journalist has helped him to get a grasp of what he could bring to the area.

“I spent a lot of time seeing what other municipalities are doing to improve services. I’ve always believed that local politics should not be party-related.”

There is no sense of quiet superiority either from the quietly-spoken cricket fan who was a popular presenter for a number of years on English radio stations in the Costa Blanca.

“I´ve no interest in changing how the Spanish people do their politics but I want to improve services and to introduce new ideas.”

His range of councillor responsibilities includes tourism, which sees him based at the La Marina urbanisation tourist office, as well as markets and international relations.

That international portfolio brings talk back to Darren’s visit to Madrid and the two Migrations ministry officials.

Darren said: “It was a very cordial meeting with Sara and Teresa where they told me that it was nice to speak to a British resident and they added that the door was always open for a future chat.”

Once again, the officials emphasised that existing residencia holders did not need to do anything.

“There was absolutely no suggestion at all that there would be any change on that front and for people still living here illegally, I was told a telling phrase of ‘When people come to live in a country, they have obligations to fulfil’, which struck an interesting chord with me.”

The San Fulgencio councillor has used a variety of social media forums to correct, with official UK and Spanish statements, the bar-talk gossip over residencias that still permeates the British expat community.

Darren said: “ Everybody must have their own reasons in not believing or not wanting to believe the truth over residencias. It is crystal clear that you do not need to apply for a TIE card if you have a green residencia document. Is it a distrust in officialdom? I really do not know.”

Rumours and lies can also cause economic damage on COVID-19 matters like the false report that Spain would reintroduce a State of Alarm in mid-September.

“I was certainly aware of people planning to come to Benidorm on holiday that cancelled purely on the basis of that incorrect story.”

Fresh from his talks in the Migrations ministry, Darren then went to British Embassy to talks with Consul and Regional Operations manager, Sarah-Jane Morris and Communications Officer, Debbi Christophers.

“British residents got a very big pat on the back from Sarah-Jane for following all the COVID-19 directives and that certainly mirrors what I´ve seen around San Fulgencio,” added Darren.

“People in my municipality have been great in following the rules.”

A major issue both for expats wanting to go back to the UK for a break and for holidaymakers coming on holiday to Spain, is the 14-day quarantine rule in Britain for all arrivals.

On this matter, Darren is not overblown with optimism and uses his beloved cricket to use for an analogy:

“When bad light stops play in cricket, the umpires take a reading on their light meters to use as a base standard for the rest of the match.”

“The UK travel quarantine started on July 25 when new coronavirus cases were much lower than now. The benchmark has been set and logically it will be quite some while before we get to a figure below that.”

Wearing his tourism hat, Darren Parmenter’s priorities are no different than any other municipality in areas like the Costa Blanca and Costa del Sol.

“We have to focus on domestic and regional tourism to make up for the shortfall in foreign visitors, even though my area is safe with very low infection numbers,” he commented.

“Everything with tourism will depend on the coronavirus figures and we have to be positive that the summer of 2021 will bring us some semblance of normality.”

His first 16 months as a councillor has been extraordinarily busy, with the severe floods of September 2019 followed by this year’s pandemic.

In a reflective mood, Darren said: “I feel really sorry for people who planned to move over to Spain this year and to get everything done legally within the Withdrawal Agreement rules.”

“Everyone was told that this would be the year to do it, but then we had the pandemic, with all kinds of new delays and worries for people wanting to move over here to settle down to a new life.”

Darren suggested that perhaps the deadline for all paperwork to be sorted out by December 31st ought to be extended ‘for a few weeks’ to help new residents that haven´t yet been able to physically move to Spain.

“It’s been no fault of theirs,” he added.