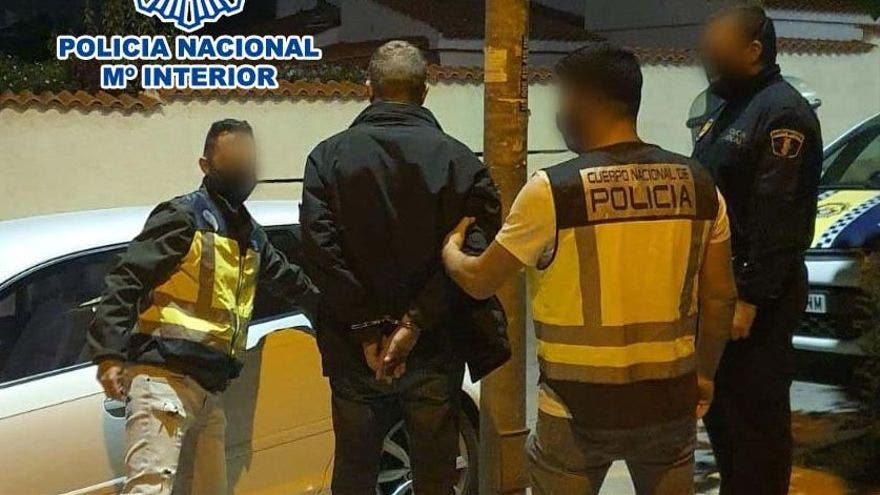 A BRITISH man wanted by Essex police over serious assault charges has been arrested on the Costa Blanca.

The 34-year-old fugitive was detained by the Policia Nacional on the La Marina urbanisation in San Fulgencio.

Authorities were tipped off by their British counterparts that the man was hiding out in Alicante Province.

Their investigations took them to the popular British expat residential area on the southern Costa Blanca.

He had no ID papers on him but the agents identified him by matching his tattoos with photos sent to them from the UK authorities.

The unnamed man is accused of attacking his ex-partner in South Ockendon, Essex, last year.

He forced his way in through the front door and threatened to kill her as he punched her in the face and all over her body.

A neighbour heard the commotion and helped her to escape.

The man has been handed over to Spain’s National Court who are processing an extradition warrant issued by the UK.

He faces up to 15 years in prison if he’s convicted of assault.