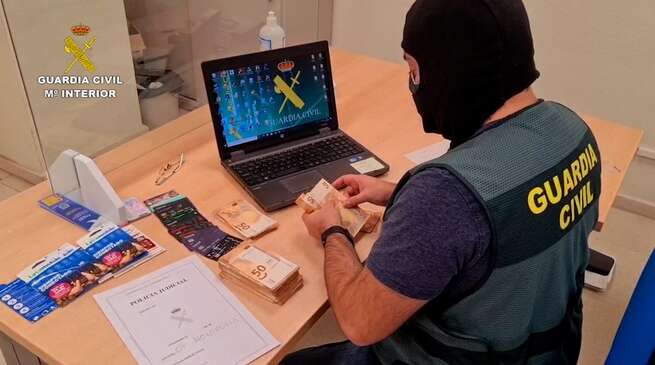 Six people were detained in Catalunya by the Guardia Civil over an extensive series of frauds and money laundering in 21 Spanish provinces.

The crooks started operating in 2019 and are said to have conned at least €100,000 this year on a variety of fronts.

They chose to make some money out of the pandemic misery in April by expanding their operation to start an online racket selling PPE that never existed.

They are accused of 81 PPE scams in the Murcia region, Alicante and Valencia Provinces, as well as further south across Andalucia.

The Guardia Civil started a probe in April when a council in the Guadalajara region reported not getting a website order for €800 of protective masks.

Specialist investigators uncovered a large number of potential frauds with the mask advertiser linked to numerous bank accounts opened up within a short time around Spain.

A Guardia spokesman said: “This criminal gang was highly specialised and structured in the way it created a network of accounts by using false names.”

Their extensive catalogue of crimes included selling 41 non-existent mobile phones in the Alicante and Caceres areas; 13 bogus deals for electric scooters in Alicante and Huelva; and 25 scams involving watch sales in four provinces.

Extortion, making threats, and 50 counts of document fraud are also on the charge docket for the Moldovan gang.

The Guardia said that more charges are expected to be added to their already-list large as investigations continue.