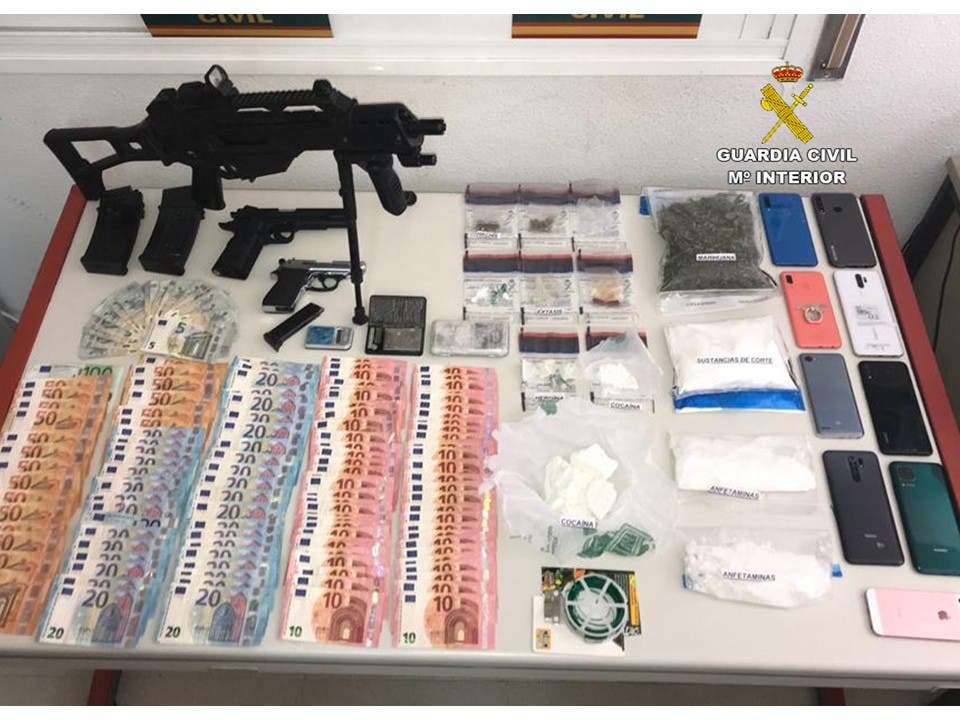 A Costa Blanca cocaine gang that processed and sold the drug has been busted by the Guardia Civil.

Nine Spaniards have been arrested including the gang leader at his Orihuela Costa home in the south of Alicante Province.

The Guardia Civil reported that the gang was ‘well-organised’, and that their leader was personally responsible for getting his hands on the pure cocaine.

Gang members then sold the drug on the Orihuela Costa and Pilar de la Horadada, as well as in Torre Pacheco in Murcia.

The operation was broken up by chance after a raid on a Pilar area farm where a greenhouse was being used to grow marijuana.

Inquiries uncovered that the marijuana production was a mere sideline to the main purpose of selling cocaine, as well as some ecstasy and hashish.

Once the gang boss got hold of the cocaine, his colleagues ‘cut’ the drug ready for distribution.

Then two of the leader’s closest confidants would then drive the supplies to their sales points.

The gang arrests happened over four days in December, with six of the detainees, including the ring-leader, remanded into custody pending their trial.

Guardia officers recovered 150 grams of rock cocaine, which had the potential to be sold as over 2,000 doses to customers.

5,000 marijuana plants were also seized along with guns, cars and €2,500 in cash which were some of the proceeds from the illegal sales.