THE Costa del Sol has moved into Level 3 of Andalucia’s coronavirus tier system following an increase in cases.

The Junta established four levels, with Level 1 being the least extreme, based on specific criteria; the number of cases and hospitalisations, the incidence rate of the virus, how many are infected over the age of 65 and how traceable the infections are.

Until today, almost all of Malaga province had been in the lower risk Level 2, apart from the Serrania de Ronda health district, which was in Level 4.

The whole province is now in Level 3, which places a certain tightening of restrictions on businesses and public services.

Most importantly, restaurants and bars may only be 50% full inside, but can fulfill 100% of their capacity outside.

Cinemas, theatres and auditoriums cannot exceed 60% capacity and can have no more than 200 people inside and 400 outside.

Meanwhile, civil and religious ceremonies may not exceed 50% of the capacity and burials may have no more than 10 people in indoor spaces or 20 outdoors.

All shops or commercial centres cannot exceed a 60% capacity, reduced to 50% for sports centres i.e. gyms.

It comes as Andalucia announced new COVID-19 restrictions on Friday following a surge in cases over the past week.

Speaking at a press conference on Friday, regional president Juanma Moreno revealed that travel between the eight provinces will remain in place ‘for now.’

But the hospitality industry will be forced to close at 6pm, affecting all bars and restaurants.

Cafes, meanwhile, will be permitted to open until 8pm, but cannot serve alcohol past 6pm.

Shops will also be ordered to close at 8pm, having previously been allowed to open until 10:30pm.

The curfew has also changed, with the starting hour moving back from 11pm to 10pm. It will continue to end at 6am.

The southernmost region will once again close its outer perimeter, meaning no one can enter without a justified reason.

The eight Campo de Gibraltar towns ordered to close their borders due to the UK variant of the virus must keep them closed.

The new measures will be in place from midnight on Sunday until at least January 25. 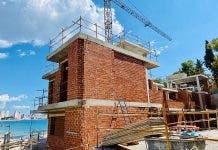