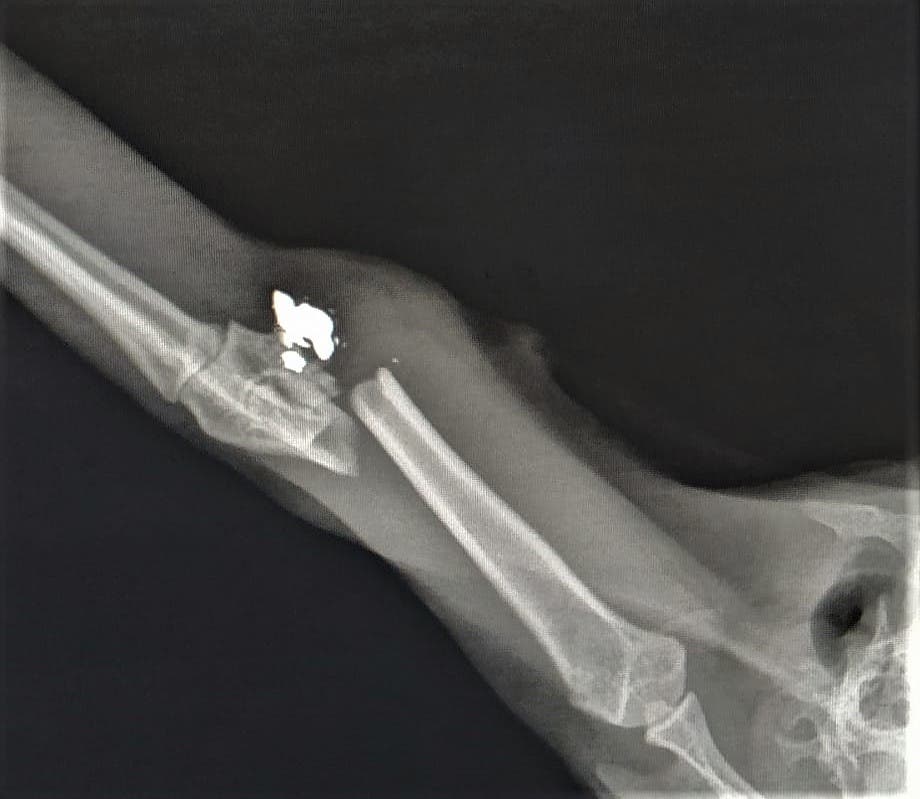 AN angry cat owner, whose pet was shot in an Alicante area street, has quoted Liam Neeson’s famous line from the ‘Taken’ movies in a warning to the perpetrator.

Graci Miralles from El Moralet, a rural district in northern Alicante, reported on social media that her cat, Morgana, had taken a .22 calibre bullet to her leg, which might have to be amputated.

“I am going to find you. I will find out who you are and I am going to get you”, Miralles proclaimed in a post.

Morgana was shot whilst out in the Avenida de los Minerales area of El Moralet.

Her vet says that severe nerve damage was caused in the assault which saw split her leg bone.

If it does not regain its nerve function, then the leg will need to be amputated.

Graci’s report has brought an outpouring of sympathy and anger on social media.

She has lodged a formal complaint with the police.