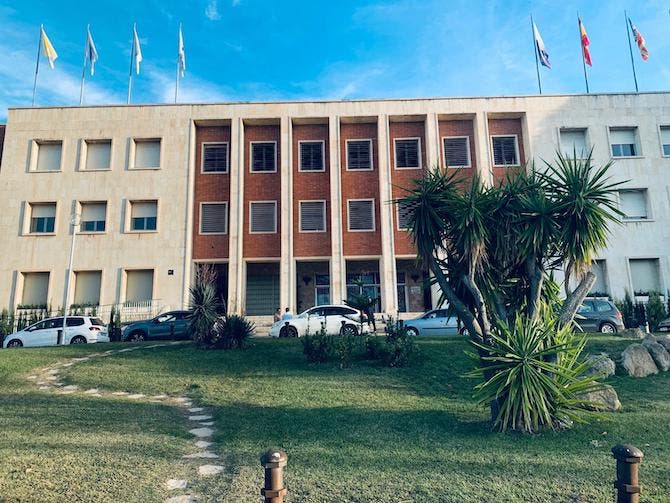 A man who says he was abused by priests at a Jesuit-run boarding school in Alicante believes that there have been many similar cases that have been ‘brushed’ under the carpet for decades.

Last month the Society of Jesus held a news conference where it admitted that 81 children and 21 adults had been sexually abused by 96 of its priests in Spain since 1927.

It apologised for the ‘painful, shameful and sorrowful’ crimes committed by the priests, mainly when they were teachers.

48 of the 65 Jesuits who abused children are no longer alive.

In an interview with the El Pais newspaper, a man calling himself Pascual, said that he spent years trying to get justice after he was abused as a 12-year-old at the Inmaculada Jesuit School in Alicante between 1957 and 1958.

He was sexually abused by the priest in charge of charge of the infirmary when he was admitted to the facility with a fever.

His assault was preceded by one on an older boy in an adjoining bed.

In 1985, Pascual went to the school and lodged a complaint with the rector and called for the priest, who was still there, to be removed from having any contact with children.

His complaint was brushed aside and he was told that the priest ‘posed no danger to the students’.

Pascual refused to let the matter drop and made a written complaint to the school in 2010.

He told El Pais; “The whole process was almost like a bad joke and totally unfair. Somebody from the school did the investigation and did not even speak to me. They spoke to the Jesuit priest who denied anything happened and that was it.”

To add salt to the wound, the result of the investigation was not immediately communicated to Pascal, and when a written notification was sent 10 months later, it even got his name wrong.

Pascual carried on nevertheless looking for answers and over the next decade, he wrote to leading Jesuit officials across Spain, as well as to the Vatican’s representatives.

That included writing to Pope Francis, who himself is a Jesuit, but there was no joy.

Different branches of the Catholic Church and the Jesuit order simply appeared to pass the buck to somebody else or to say it was down ‘competent ecclesiastical authorities’ to investigate.

“There was only silence or denial”, said Pascal.

His only real support came from a Jesuit clinical psychologist, Adrian Lopez, who reached out to him but regretted that he could not do anything.

After last month’s official admissions from the Jesuits in Spain, Pascual wrote to them about his case and the way he was treated.

The reply stated: “At the time a canonical process was opened, which ended with an exoneration. I am very sorry that the conclusion of the process did not satisfy you, and I am sorry I cannot tell you much more ”.

Pascual said: “I offer them the opportunity to close this injustice and avoiding more cruel responses, because I only want them to listen to me and acknowledge the truth of what happened to me”.

Simon Wade - 6 May, 2021 @ 17:45
A SPECIALISED gang of 21 criminals has been dismantled after an investigation revealed they laundered €3m via 50 other organizations dedicated to crime. The group...

I’LL BE BACK: Elliott Wright vows to rebuild the best restaurant on Spain’s Costa del Sol following fire at...

What’s the worst that can happen to your investment or pension in Spain?

DODGY DETECTORIST on Spain’s Costa Blanca in hot water after he digs up a rare gold coin and tries...