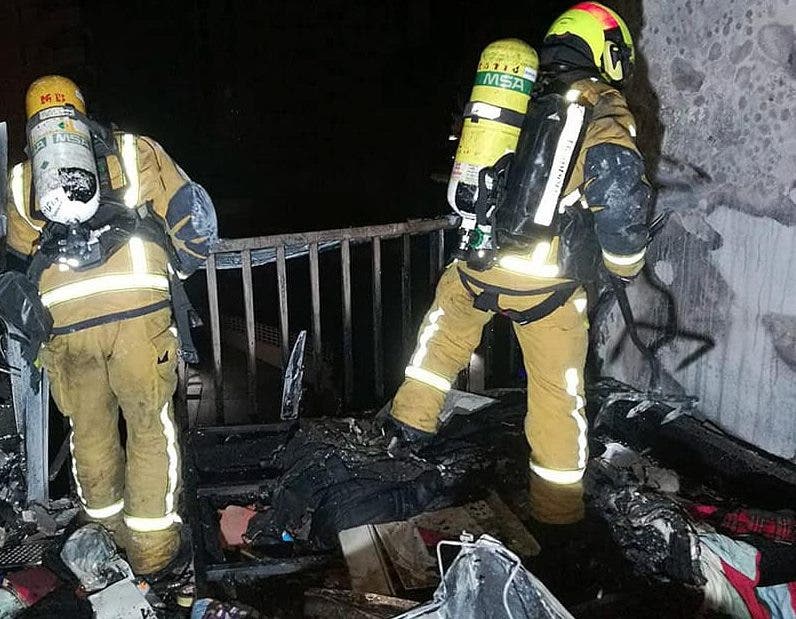 50 people were evacuated from a Benidorm tower block last night(March 16) after a fire ripped through a second-floor flat.

The alarm went off at 9.38 pm at the Acacias building on Calle Mirador,5.

Benidorm’s Policia Local ordered residents out of the block as a precautionary measure and nobody was injured.

Smoke and flames were visible across the city coming from the balcony of the apartment.

Benidorm Park firefighters quickly managed to bring the fire under control to stop it spreading to adjoining flats.

No further details were revealed as to what might have caused the fire and whether there was anybody in the apartment when the blaze broke out.