Home Valencia GRUESOME FIND of man’s body mutilated by his own dogs at his... 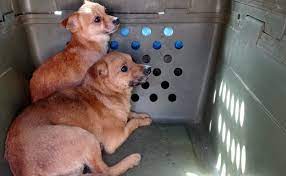 A man’s body was discovered in a mutilated state at his Valencia region home after his hungry dogs took bites out of it.

It’s believed that the 58-year-old man died several weeks ago at his property outside Museros in Valencia Province.

A relative decided to visit him last Monday(April 6) after not hearing from him for a long time.

He entered the building and discovered the man’s corpse which had been partially dismembered by the 11 dogs that he owned.

Emergency services arrived at the gruesome scene with police officers managing to calm down the distressed family member.

Neighbours said that they knew the dead resident owned a pit bull dog but were totally unaware that he had ten more pets.

They also confirmed that they had not seen him for several weeks.

His body was taken to the Valencia Institute of Legal Medicine.

A forensic examination confirmed that he had died of natural causes before being attacked by his pets.

The dogs are being cared for by two local animal rescue shelters.