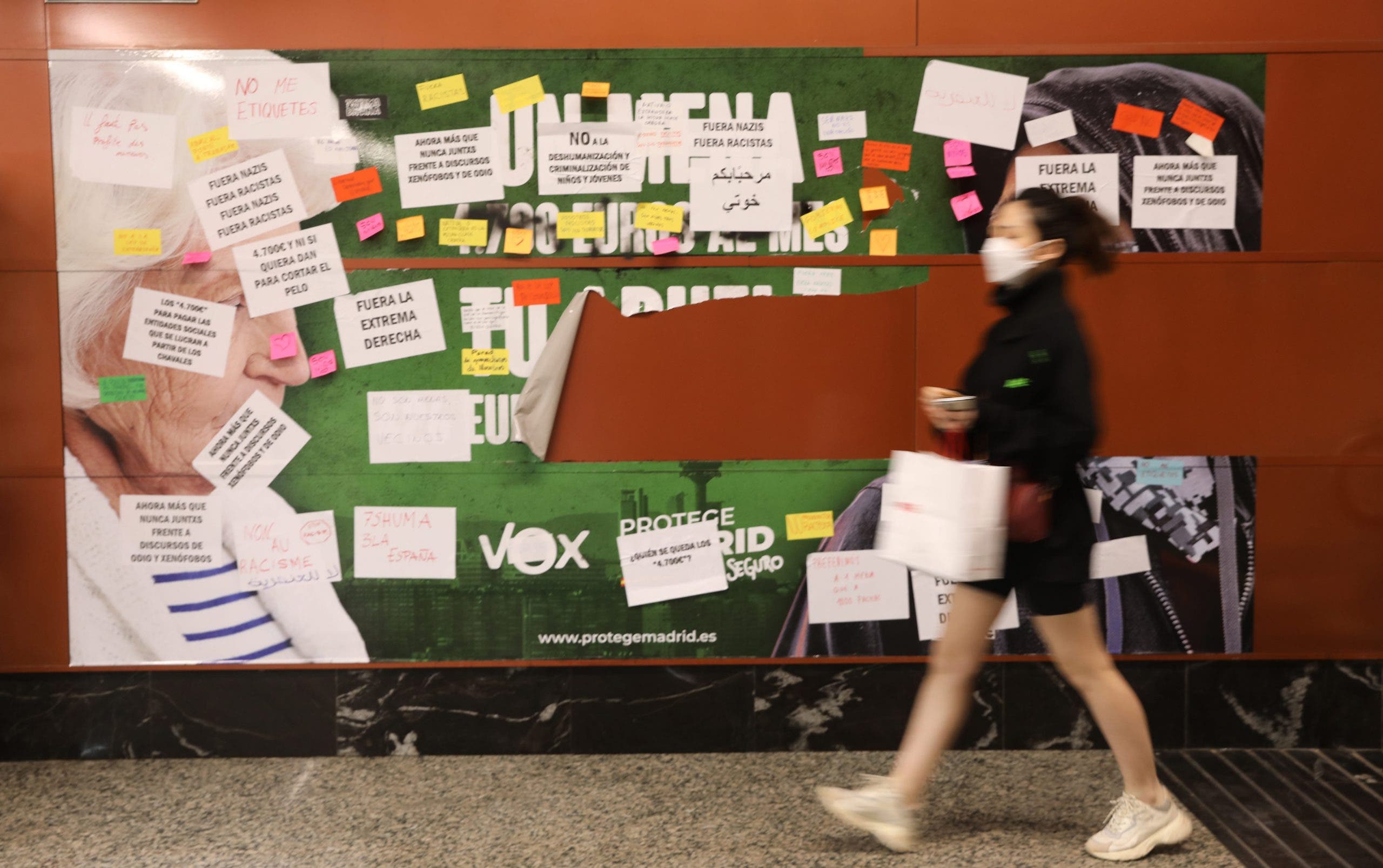 The posters falsely claim that unaccompanied child migrants are getting over ten times as much money as pensioners.

The billboards have appeared in Madrid ahead of next month’s regional election.

Many have been defaced or had anti-Vox messages stuck or written on them.

Two cabinet ministers from the left-wing Unidas Podemos party say that the billboard messages are a hate crime.

They have been joined by the PSOE socialists, led by Prime Minister, Pedro Sanchez, in filing complaints.

The posters popped up in a Madrid subway station and said that unaccompanied foreign migrant children received ‘€4,700 a month’, while ‘your grandmother’s pension’ was only ‘€426 a month’.

The claims have sparked a major political storm across Spain.

Podemos member and Social Affairs Minister, Ione Belarra, said: “The poster is an absolute criminalisation of the boys and girls who migrate alone.”

Spain’s leading Catholic charity Caritas as well as Save the Children and UNICEF also attacked the poster in a joint statement and asked Madrid’s electoral board to investigate if Vox broke the law.

Most of state money spent on underage unaccompanied children in Spain do not go to the migrants themselves, but to organisations that work in various reception programmes.

“There is no office that gives minors arriving without a guardian €4,700 to spend on whatever they want,” a source at the Madrid Department of Social Policy and Family Affairs told the El Pais newspaper.

Voters in Madrid vote on May 4 to elect a new regional government, with opinion polls finely balanced between the parties of the left and the right.

Surveys suggest that the ruling right-of-centre Partido Popular will get the most number of votes, which means that may have to curry the favour of Vox to retain control of the assembly.