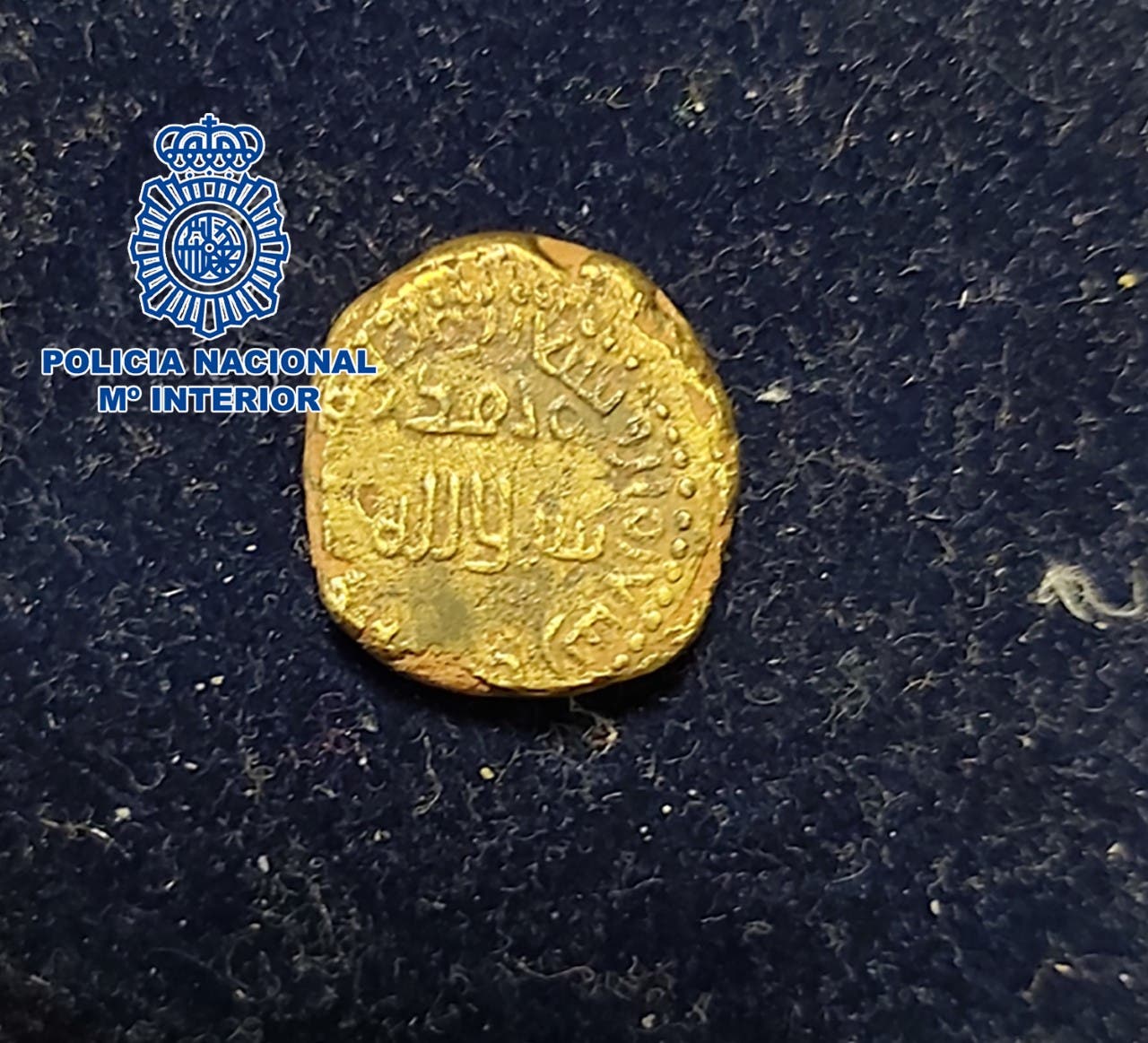 A Costa Blanca man has been charged with illegally digging up a rare gold coin and putting it up for sale on the internet.

The Calpe seller was offering one of only 24 coins known to exist from the year 716 which was produced in Cordoba.

It was one of the first currency mintings after the Muslim conquest of the Iberian Peninsula.

Policia Nacional officers seized the gold coin from the man’s home along with other rare items including two silver coins.

The Historical Heritage division of the police launched a probe to track down the seller after spotting his advert which had a picture of the gold coin with remains of loose earth on its surface.

That meant it had been illegally dug up and the subsequent house raid uncovered three metal detectors.

He was tracked down after a potential buyer in the Barcelona area was interviewed by the police.

All of the pieces removed by the police were handed over to Alicante’s Archaeological Museum.