Home Costa Blanca ‘Tripping’ drug from Mexico is intercepted by police at Alicante-Elche airport on... 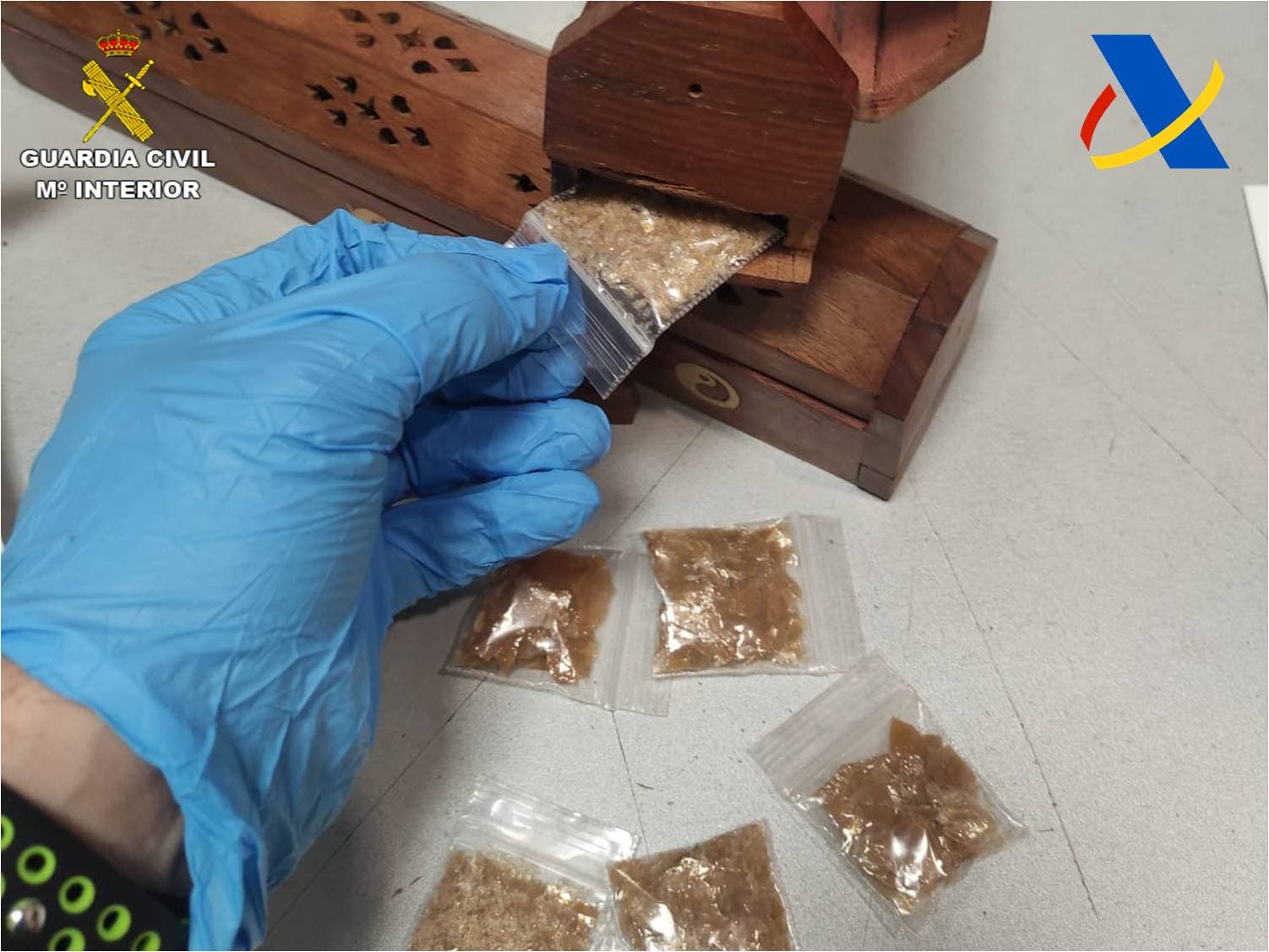 A potentially lethal drug known as ‘God’s Molecule’ has been seized at Alicante-Elche airport.

A package from Mexico was opened by Guardia Civil officers after arousing suspicion when it went through an X-ray scanner.

A variety of containers used to house aromatherapy scents were discovered along with small clear bags that apparently contained crystallised incense.

The granules were sent for analysis with a laboratory confirming that they were in fact a drug known as DMT which has a variety of nicknames including ‘God’s Molecule’.

It’s an hallucinogenic tryptamine drug and produces a psychedelic experience similar to that of LSD and magic mushrooms.

There are many serious medical side effects including mental issues that can last for weeks and increased heart rate and blood pressure that could cause death.

He has been charged with drugs smuggling and trafficking.