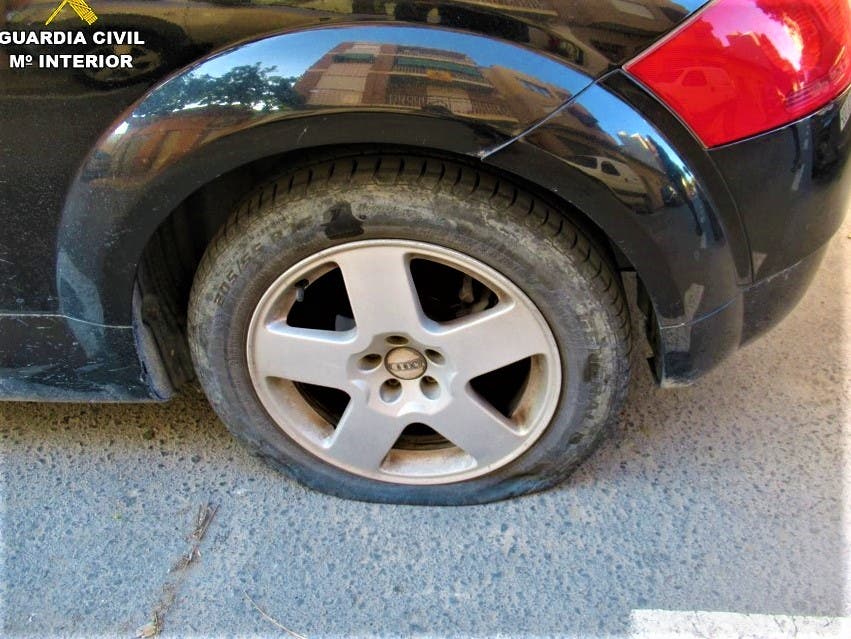 AN elderly Costa Blanca resident lost his temper over an increasing number of cars parking outside a motor repair workshop and punctured their tyres.

A 75-year-old San Vicente del Raspeig man has been arrested by the Guardia Civil and charged with criminal damage.

He was upset that customers would frequently end up blocking access to his garage.

In March, the workshop owner reported a spree of punctured and slashed tyres on cars belonging to his customers.

He told the Guardia that the first acts of vandalism were noted as far back as June last year, but he only filed a complaint over two months ago.

Investigations narrowed down the main suspect to being an elderly neighbour who took his dog out for an afternoon walk.

Confident that he would not be spotted, he took the opportunity to vandalise the tyres of vehicles legally parked on the street close to the workshop.

Alex Trelinski - 10 Aug, 2022 @ 11:30
AN illegal Mediterranean tortoise hatchery at an Elche finca has been shut down by the Guardia Civil. 27 animals have been removed by the Guardia's...