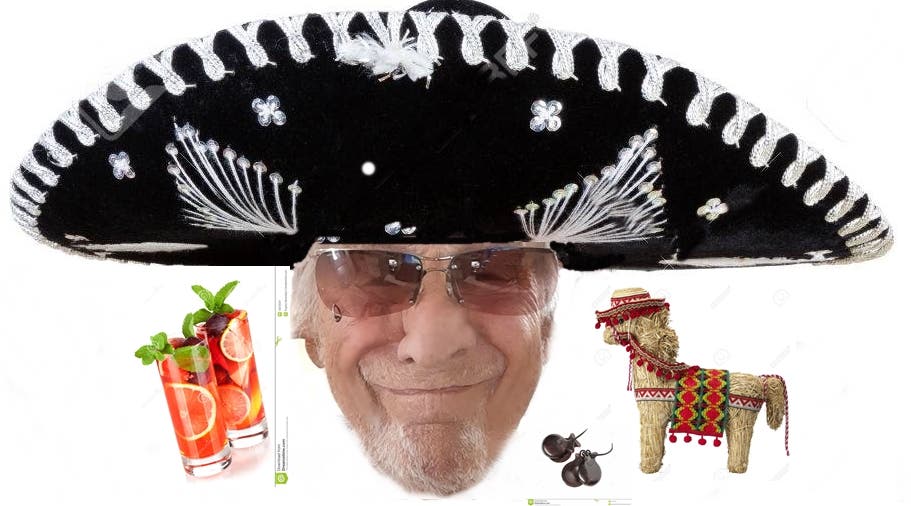 VISITORS from the UK will have to quarantine for ten days when returning from their Spanish holidays.

So, what’s the problem? It used to take me at least two weeks to recover from my alcohol-fuelled, Dan Air, Iberian breaks during my younger, hey-ho, days.

I have vague memories of struggling through Luton Airport, loaded down with donkeys, flamenco dolls, cassinettes and bottles of sangria, whilst desperately trying to balance a large Sombrero hat on my somewhat non-existent, numb bonce.

And all this in the days when we were only allowed to take £50 on foreign holidays.

Amazing, but life in Spain was vastly different, and much cheaper.

Mucho pesetas to the pound, no motorways, only narrow, rough roads leading down to small village-type holiday resorts that offered everything a young single Englishman could wish for on his once-a-year holiday.

Boozy days on sun-drenched beaches, boozy nights at frantic fiestas and sealing life-long friendships with local Spanish folk, whilst not understanding a bloody word that was said.

So, as I mentioned, the first two weeks back home in London were always just a bit of a blur, accompanied by the inevitable sore head and isolation of the brain

But, worth every penny of my hard-earned, 12 months piggy bank savings of £50.

About the price of a couple of airport cardboard cups of weak, brown-coloured liquid posing as `Café Americano,´ plus – forget the good old sausage sarnie and `BLT´– a choice of either a veggie and egg white sandwich with Shirataki rice?

Or maybe, sausage, egg, free-range mayo, and cheese on croissant? I give up!

Unlike serious columnists involved with argumentative and debatable subjects, my humble, humorous offerings do not entice readers’ to make their alternative views known through the magic of the ‘Letters’ section.

‘Belligerent of Benidorm’, ‘Anxious of Almeria’ or even ‘Psychotic of Palma’, totally by-pass the ‘Old Hack’ while setting their beady sights on important subjects that affect their everyday lives, such as speed limits, NIE’s, dog poo and tattooed string-vested, noisy visitors invading Benidorm on Age Concern coach trips.

Hopefully, my readers manage to raise a smile, before settling back to study the nitty-gritty news of the day and maybe end up exercising their brains with the crossword puzzle.

‘Old Hack’ forgotten until, if still on this mortal coil, the next edition of the Olive Press.

So, it was a real boost to my ego to see the ‘Old Hack’ mentioned in a previous issue of the Letters section.

Tricia Gabbitas of Malaga wrote that my scribblings made her and her husband, ‘Laugh out loud’.

An accolade humbly received by yours truly, especially during these troubled, depressing times.

But, yes, there is always a but, it didn’t take long for my social media enemies to sharpen their fake news long knives.

‘A complete set-up’, wrote one combatant.

‘Obviously paid the letter writer from his offshore illicit bank account. How many letters did you write before getting this one published?’ said another sad person.

One even wrote, ‘She knew a person that used to live next door to a Mrs. Clodhopper in Blackpool, who eventually moved to Spain and met an ex-vacuum cleaner salesman at a nude Bingo session.’

‘This person told her that the woman he suspected as the letter writer, was in fact not the so-called, ‘Tricia’, but a fee-based social media influencer living in Dubai’.

I, of course, hotly deny any of these accusations and only hope that the lovely Tricia of Malaga is not offended.

Incidentally, Tricia, if you are reading this, please say hello to Auntie Doris, and tell her I will write soon.