Home Costa Blanca Elderly woman survives being knocked over by an Alicante tram on the... 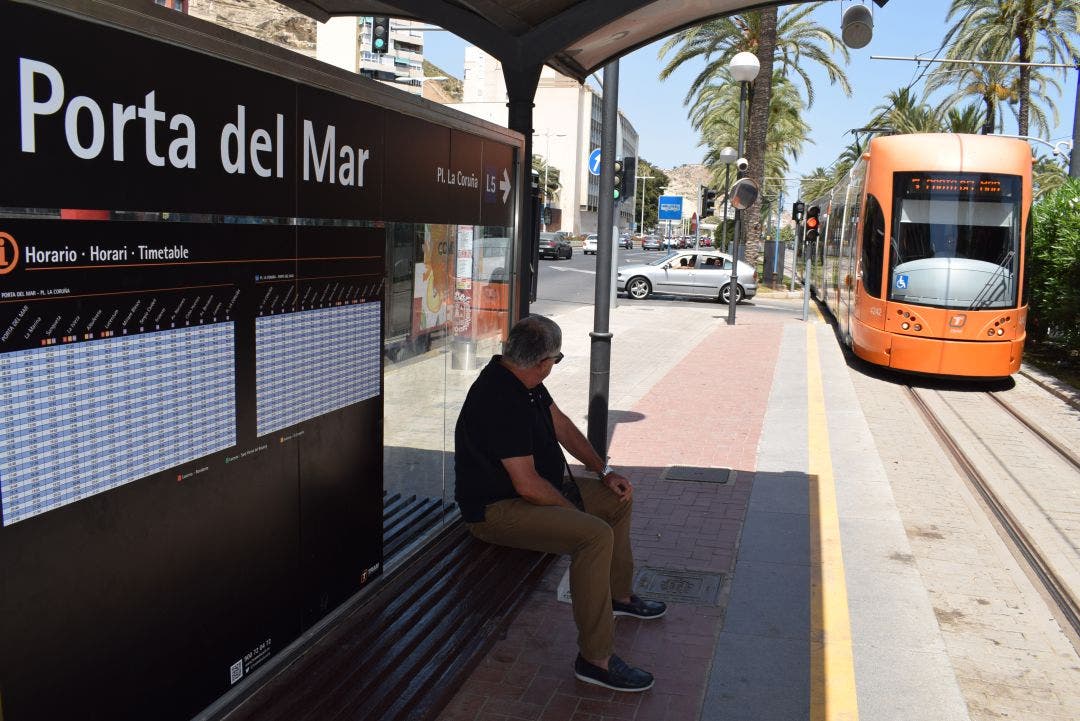 AN Alicante tram hit a 70-year-old woman this afternoon(June 15) after she crossed a prohibited area in a desperate bid to catch it.

The accident happened at 2.30 pm on Line 5 of the Alicante network linking the beaches at San Juan and Postiguet.

The woman only suffered minor injuries as the tram had only just started to move away from the Porta del Mar stop.

She was in a hurry to catch the tram and crossed an unfenced prohibited area but ended up on the tram-line.

The lady told by-standers that she accessed the area ‘because she did not want to miss the tram’.

She certainly made contact with it, as the driver screeched on the brakes but could not avoid hitting her.

A SAMU ambulance crew were soon on the scene and treated her for some injuries as well as putting on a neck-brace as a precaution.

She was then taken to hospital.

Line 5 services resumed an hour after the accident.

Charities in Malaga, Alicante and Almeria receive 24 tonnes of food for the increasingly vulnerable in Spain

A fruitful year for Andalucia as food exports top €5 billion

OPINION: Green list for Mallorca was not just about holidaymakers