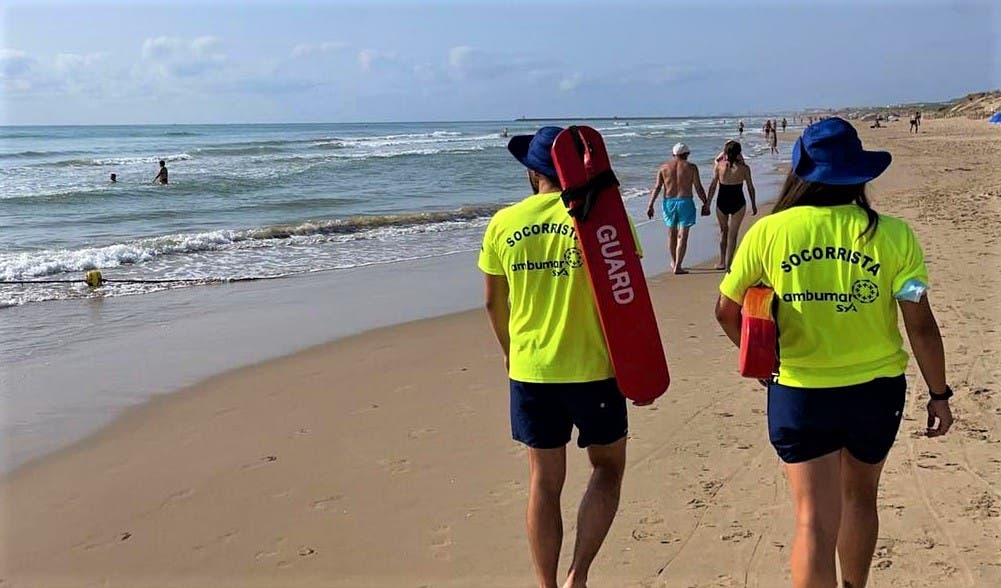 A fish took a tiny bite out of a Costa Blanca swimmer at a popular tourist beach today(August 23).

The middle-aged female bather was at La Marina’s El Pinet beach when she was nipped in the foot by what lifeguards described as ‘a larger than normal fish’.

The bite was not severe and the woman was given a compression bandage.

She was taken to hospital as a precaution.

Some beach-goers leapt to the conclusion that it may have been a blue shark after one went up the shore of Benidorm’s Poniente beach on August 12.

They said the woman’s bite came from a member of the golfar family that have sharp jaws with teeth to match.

Golfars include bluefish that can be up to a metre long and are common in local waters.

An adjoining La Marina beach at El Robello in 2019 saw a tourist needing hospital treatment after a bluefish bit her.