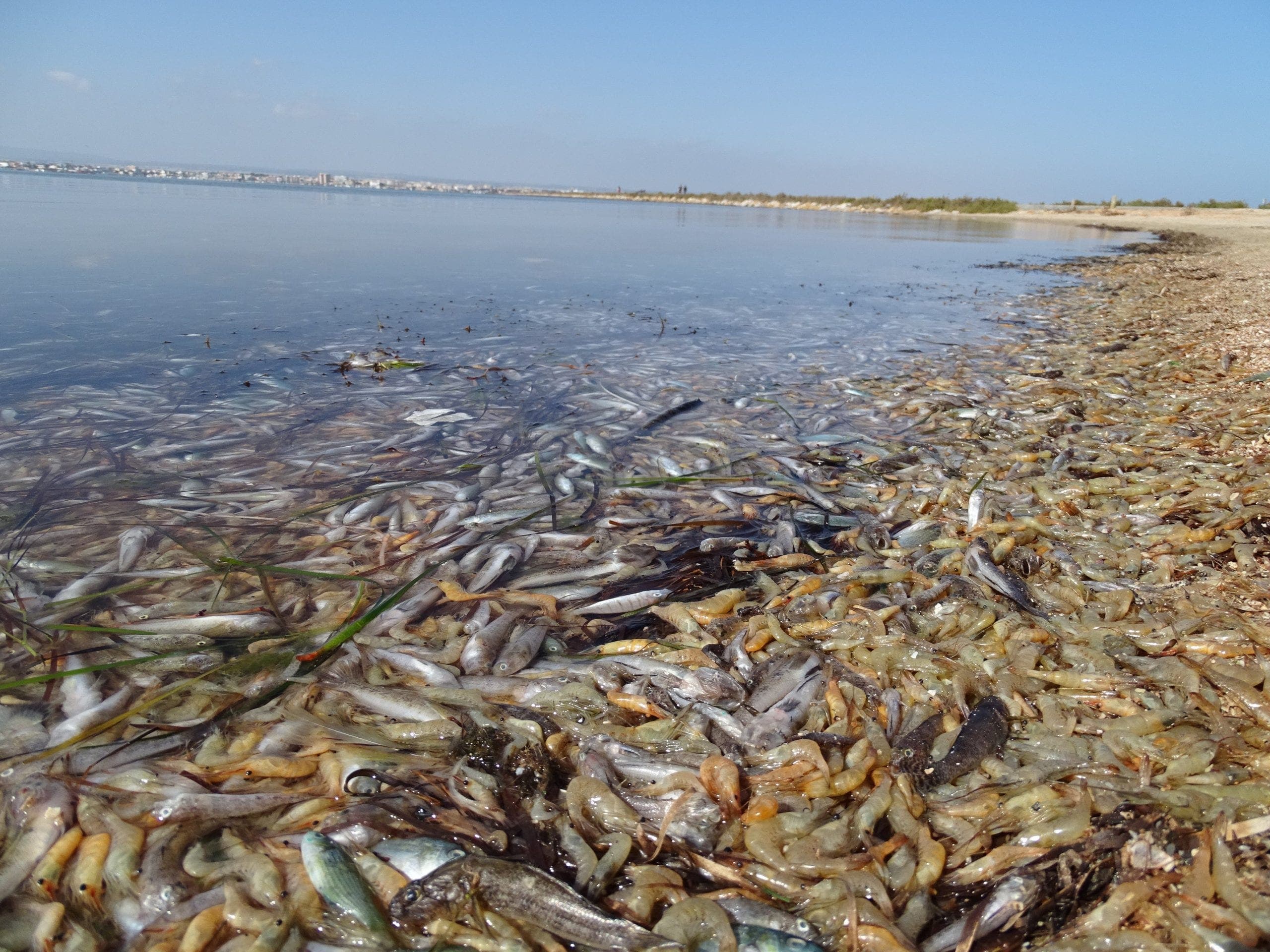 ENVIRONMENTALISTS have sent a formal complaint to the EU over the pollution problems at the Mar Menor lagoon in Murcia.

The joint submission sent by Ecologists in Action and ClientEarth blames Spanish politicians for their ‘continued failure’ to protect the lagoon from agricultural pollution.

A statement from the two groups issued this Wednesday(October 6) urges the European Commission to take ‘immediate action against Spain’.

They warn the EU that the Mar Menor is on the ‘brink of ecological collapse’.

Thousands of dead fish and other marine life washed up on the freshwater lagoon beaches in August, repeating a previous incident in October 2019.

The groups say that Spanish and EU regulations have been broken due to the ‘continuous build-up of fertilisers from adjoining farm land’ on the Campo de Cartagena.

They state that marine life died due to a lack of oxygen caused by fertiliser nitrates going into the lagoon causing eutrophication which collapses aquatic ecosystems.

ClientEarth solicitor, Soledad Gallego, said:- “The European Commission must urgently act to stop this environmental crisis. As legal guardian of the Mar Menor, the Spanish authorities have a duty to safeguard the lagoon which risks disappearing forever.”

“Spain’s lack of meaningful action to protect this iconic site means we are witnessing the Mar Menor breaking down before our eyes. Protected species and habitats clearly cannot survive, let alone thrive, under the suffocating conditions caused by current industrial farming.”

The national government has been in a running war of words with the Murcia government, which they´ve accused of ignoring rule-breaking by farmers for years at the Campo de Cartagena.

Local agricultural associations say they have followed all the environmental rules, but there are numerous legal actions currently in progress against them.