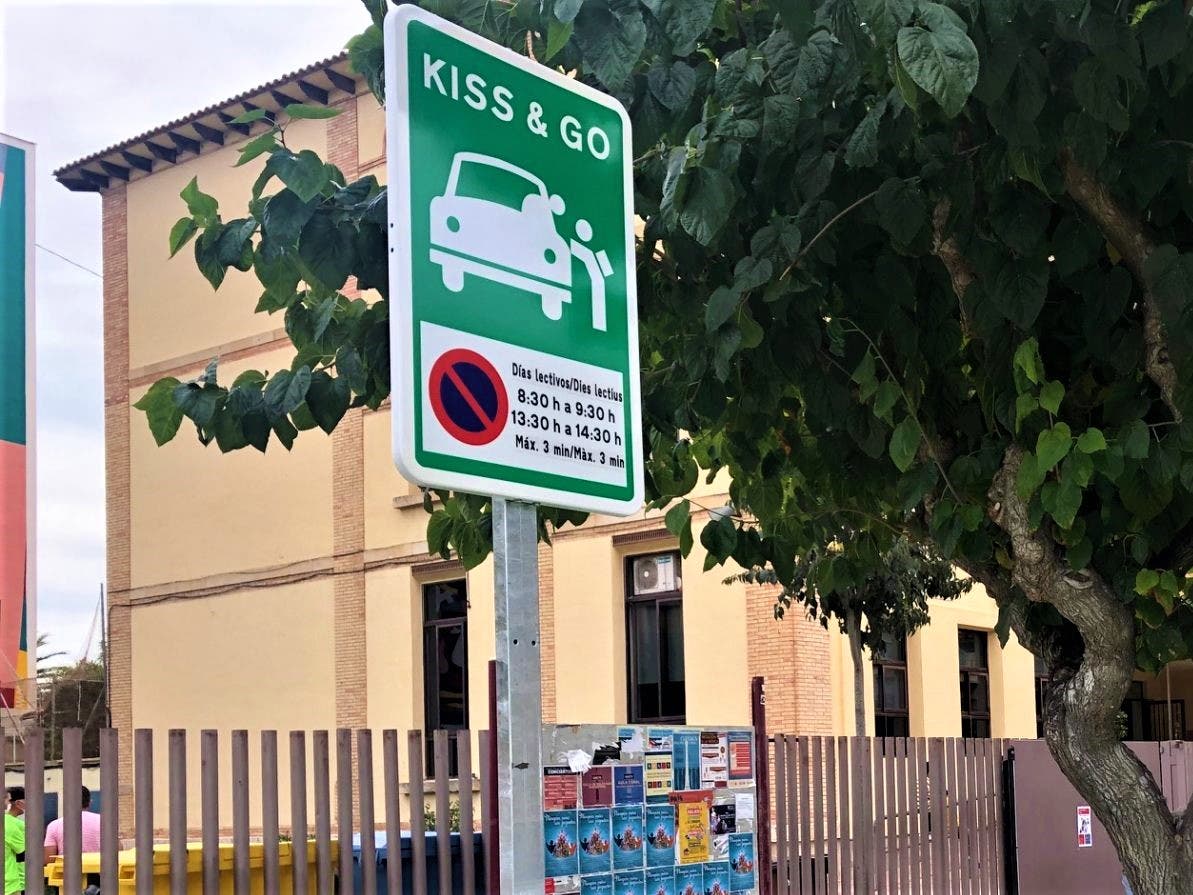 A Costa Blanca council has become the first in the region to introduce ‘Kiss & Go’ zones next to schools.

The move has come in Sant Joan d’Alacant in a bid to cut car congestion and improve safety at the start and end of the school day.

A similar scheme is already used in Madrid and in the Melilla enclave.

Cars are allowed to park for up to three minutes on a designated green-coloured road surface outside schools.

“We are pioneers in our region for making these spaces available and everybody needs to use them responsibly, “ added Celdran de Paz.

There’s a grace period until November 15 before fines will be issued for anybody exceeding a three minute stay in the new drop-off areas.