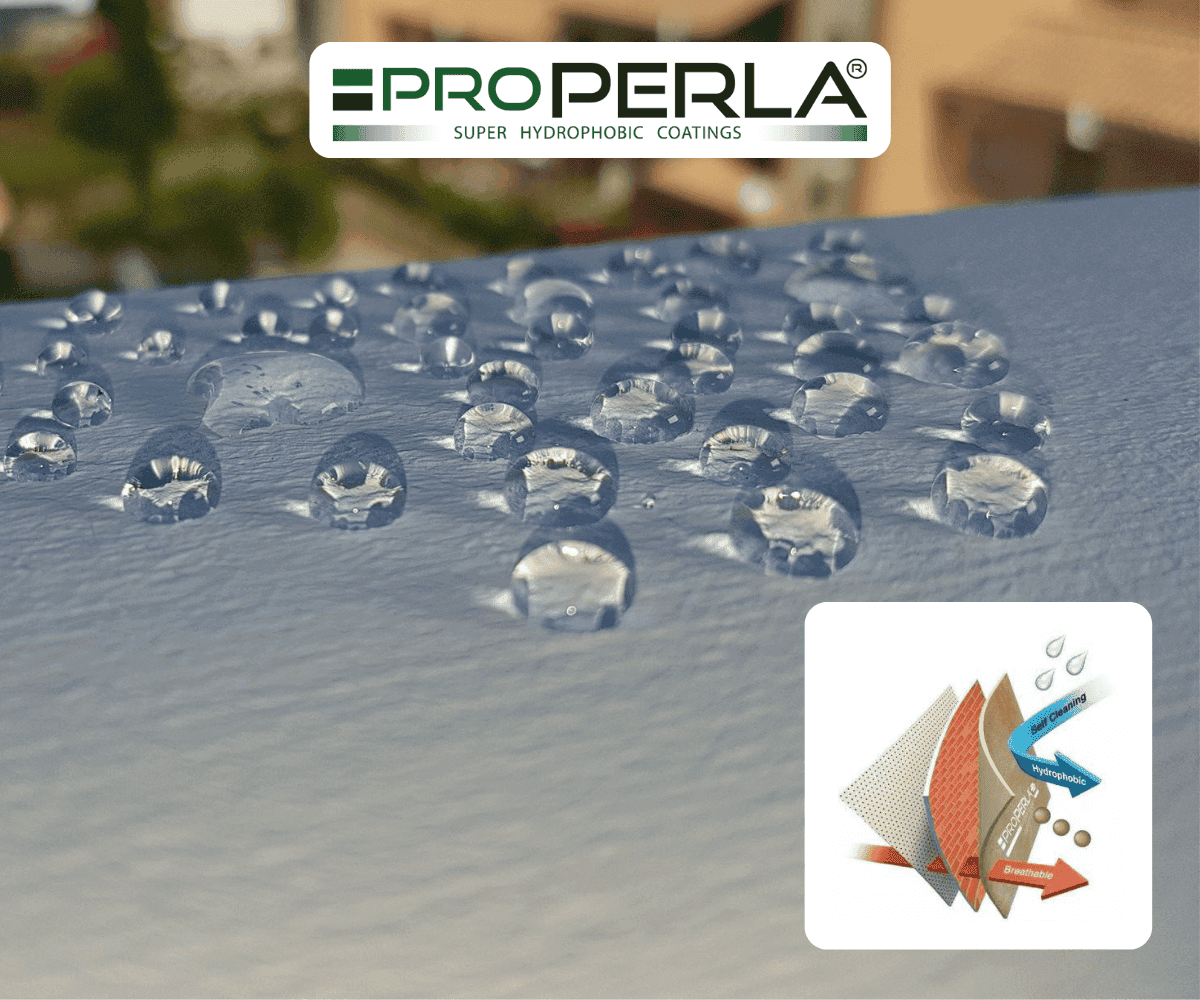 Back in March while working at my desk I looked up to see a huge red mist in the sky.  In the 18 years I had lived in Spain I had never seen anything quite like it.  That red mist was a “Calima“.

A calima is a cloud of dust born in the storms of the Sahara that travels across the Mediterranean and hangs suspended in the air.  It must have been a pretty substantial storm to throw so much dust into the atmosphere.  Making matters worse is that as soon as the cloud arrived the rain began.  In Spanish this is known as “lluvia de barro”, rain of mud.  The rain collects the dust into its droplets and deposits it on the streets, the fields, the cars and (most irritatingly of all) our houses.

The Saturday after the calima I spent all day with a jet wash in my hands cleaning the walls of my house and the terracotta tiles around my pool.  I should have checked the weather forecast as a few days later another calima arrived even worse than the first!  This time it took me 2 whole days to get the house clean even with a powerful jet wash.  You can’t leave it there.  The longer you leave it there, the more likely it is that the dust will stain the white paint making your house look like a derelict building.  And its not just the effort involved.  Jet washing the house uses precious reserves of water and, at least in my case, the jet wash removed chunks of paint and plaster form the walls.  More decorating to be done! 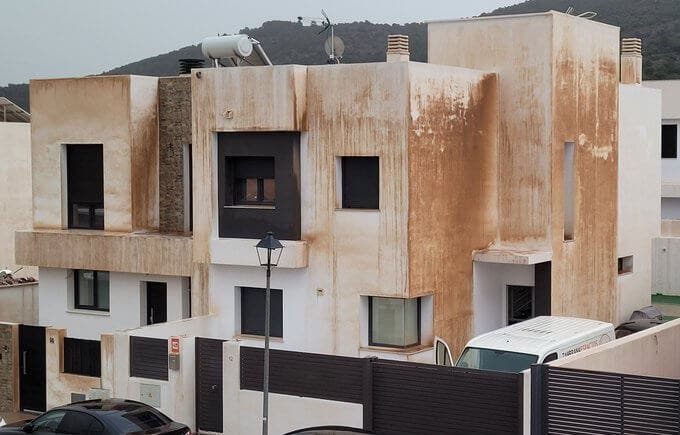 Given that we’ve had two big calimas in one month is this the beginning of a trend?  Is it part of the change in the climate?  Well whether it is or it isn’t I don’t want to spend my weekends jet washing and repainting the house.  Is there something we can do to make a calima as painless as possible? 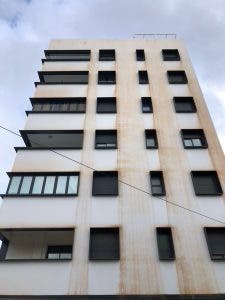 It turns out there is a weathershield paint: proPERLA facade coating. It uses, for the technical among you, Silane Resin Technology.  What that means is, it hates water and dirt can’t stick to it.  In fact proPERLA has three specific properties; Breathability, Water Repellence and Self Cleaning.

It does not allow water to be trapped in the building materials.  proPERLA helps it to escape into the atmosphere.  This helps the heat stay inside the building saving you money.

Secondly, proPERLA hates water.  Hose water onto a treated surface and it will arrange itself as beads.  A dry wall is resistant to mould and also to damage from frost.

Finally, proPERLA surfaces clean themselves.  Dirt cannot stain the surface neither can it adhere to it.  The dirt can rest on the surface but will wash off the next time it rains.

I fully expect that we haven’t seen the last of the calimas.  The fact that they have a word for it should be warning enough.  So take a look at properla.net and keep you weekends free for relaxing.

Optician launches campaign to leave no child without glasses throughout Mallorca