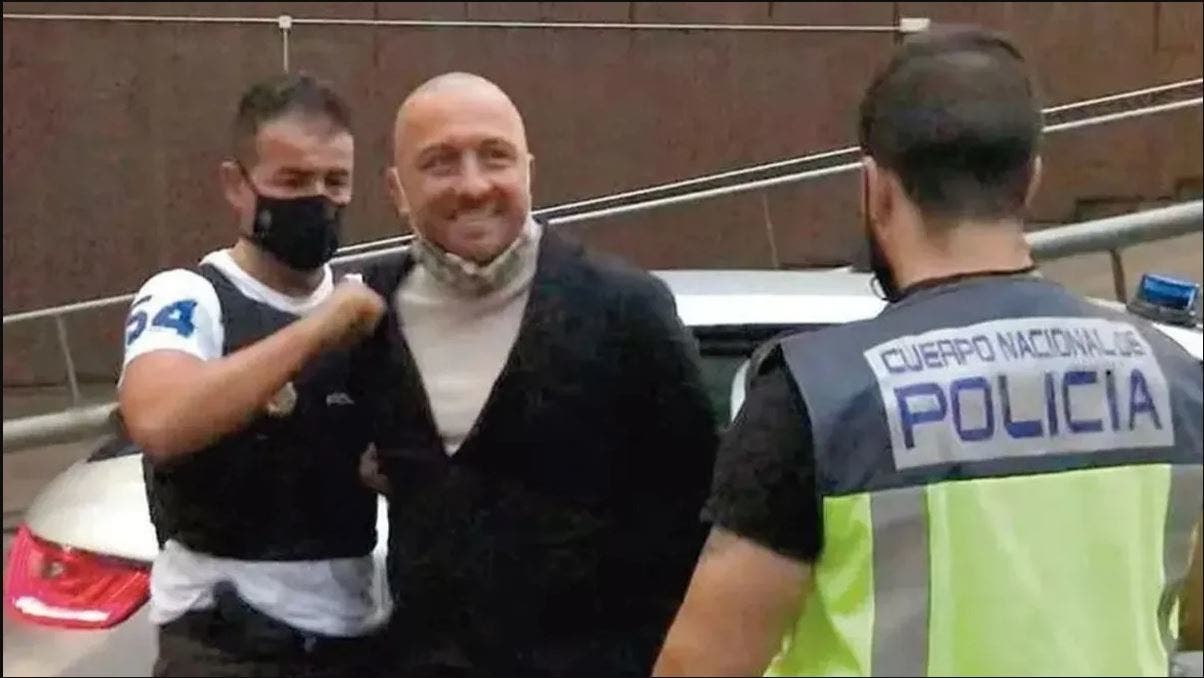 AN Italian mafia boss mistakenly released from a Barcelona jail in October 2020, has been arrested by police at a routine checkpoint in Catalunya.

Vittorio Raso was detained on Tuesday after presenting fake identification papers during a traffic stop in Castelldefels.

Italian authorities issued a European Arrest Warrant against him in 2018 after hearing he was hiding out in the Malaga area of Spain, before moving north to Barcelona.

He’s one of the leaders of the powerful ‘Ndrangheta crime syndicate based in Turin and is wanted for drug trafficking, extortion, and other ‘mafia-related’ crimes.

Raso was released in 2020 after making a video-link statement to a Madrid judge at the National Court.

The courthouse said that at the time of this initial hearing, it was believed that the suspect was only wanted on extortion charges, and that it was only two hours after his release that it emerged that Raso was also a mafia boss.

The judge in charge of the case then issued a new arrest warrant.

Police said the court received an extensive police report explaining who Raso was, together with a copy of the European Arrest Warrant.

Italy later sent extra details over Raso’s ties to the mafia but he had by then been released from a Barcelona prison cell.