WHEN the owners of a four-bedroom country villa near Ronda heard a nice Northern European family was interested in renting their empty home, they jumped at the opportunity.

Arranged through a local estate agent they signed a six-month lease and took a two-month deposit and the first month’s rent of 1,500 euros, all paid in cash.

But what they didn’t know was the ‘nice family from France’ was actually a French-Moroccan mafia gang – and the home was quickly turned into a drug-processing factory.

It didn’t take long for the detached home with a swimming pool and amazing views of the soaring Ronda mountains to rapidly get destroyed.

Within days, much of the furniture was taken outside or dumped in a shed, while the pool quickly turned green.

The garage soon became a temporary docking station for bales of hashish straight off the boats from Morocco. 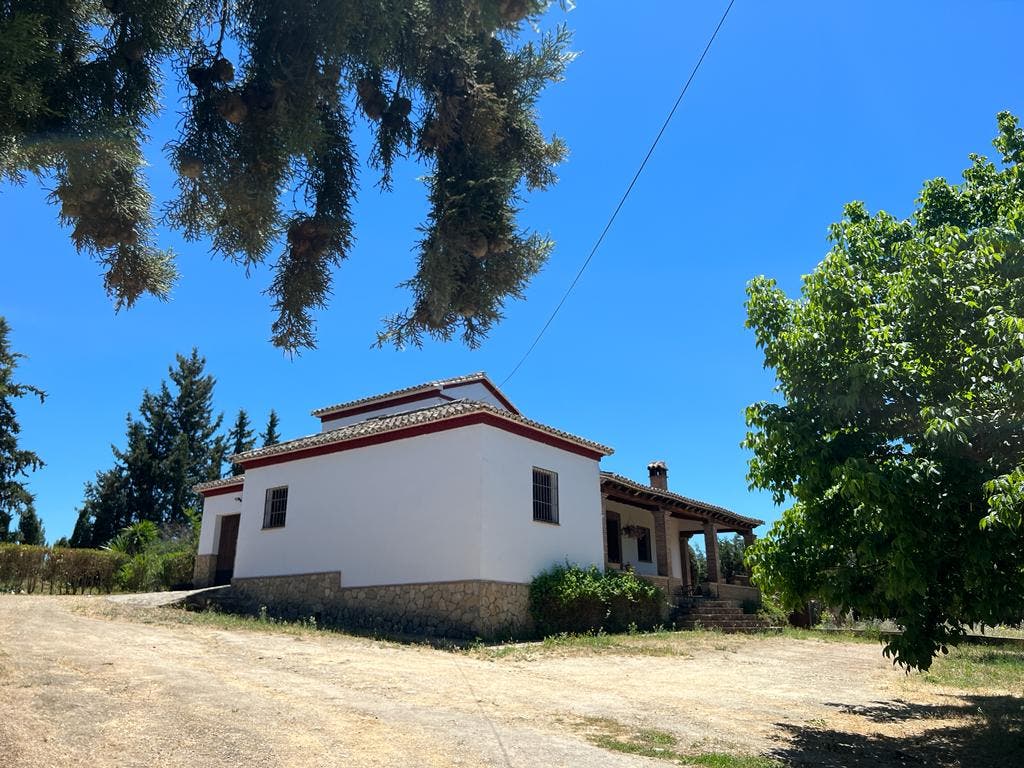 For nearly a month a team of young Eastern Europeans, believed to be Bulgarians, worked round the clock unpacking the distinctive colourful bales of hashish and repackaging them carefully in larger cardboard boxes, ready for the journey north (mostly France but also UK and Germany).

Deliveries came regularly during the middle of the night and were dispatched again before dawn… in neat weighed-out packages, all with their distinctive stamp, a calling card of the Joker, from Batman legend, included with them.

Everything went to plan until a neighbour disturbed them on his way to work at 5.30am one day.

Startled by two black 4×4 vehicles parked just outside his house – and believing they were burglars – he blocked the road and put on his full beams, only to have one of the cars try to ram him and a gun waved in his face out of the window.

Big mistake, the brave Arriate truck driver drove directly at speed to Ronda’s National police station who within hours were on the scene asking questions.

It didn’t take long for the cops to work out the game and later that day they raided the home with three of the gang fleeing over fields.

Chased by police – aided with a helicopter overhead – they were soon picked up and now face long sentences for drug trafficking.

Cops meanwhile picked up over 600 kilos of marijuana, as well as a series of luxury cars, thousands in cash and guns, including an AK-47 submachine gun. 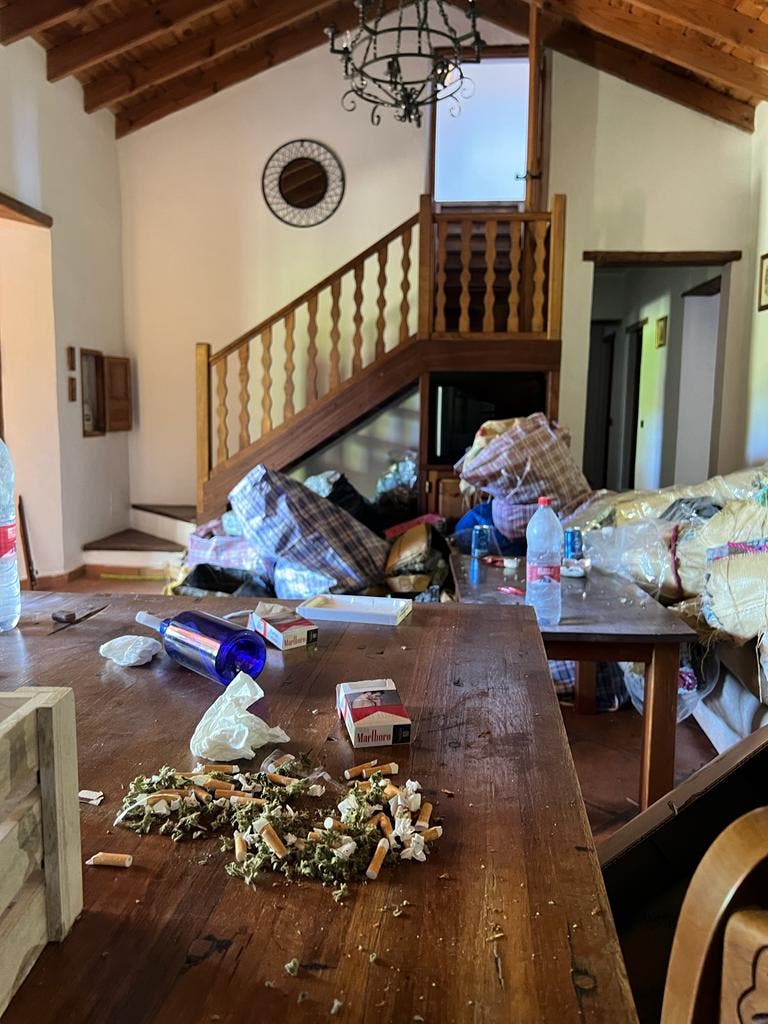 The same day they also managed to intercept another vehicle, a lorry en route to France, with over 250 kilos of drugs.

When pulled over, after a ten minute chase, near Antequera, the driver who was also carrying a pistol in the glove compartment, managed to escape through an olive grove.

The home though is of most interest: A charming mountain property, rustic but nicely decorated, with views of both the Sierra de las Nieves National Park and Grazalema Natural Park was left in total disarray as our exclusive video and pictures show.

A total mess, traces of cocaine were found in every room, while  the strong smell of hashish permeates every corner of the charming property.

With mattresses dumped on the floor or thrown outside, chairs broken and sofas smashed there is tens of thousands of euros damage. Each room will need to be completely renovated.

The only two questions that remain: why didn’t the unscrupulous local estate agent who rented the home, check the gang properly? And did he get a damages deposit?