INCENSED by the oppression suffered by those of Basque ethnicity under General Franco’s dictatorship (1939-1975), a group of students mobilised to form Eta (Euskadi Ta Azkatasuna or Basque Homeland and Freedom) in the 1960s. Eta’s foundations were built from widespread anger at the imprisonment and torture of Basque political and intellectual figureheads and against the suppression of the Basque culture and language by the military government.

Since the dawn of democracy in 1978, the repression has ceased and the Basque region of Spain is now considered autonomous – with independent education, taxation, policing and its own parliament. Consequently, public opinion has waned and waned for Eta’s continued campaign of violence – which spans almost four decades and has caused the deaths of 819 people.

People became so outraged by the violence that in 1998, six million Spaniards marched the streets during four days of protests after Eta kidnapped and murdered 29-year-old councillor Miguel Angel Blanco. The execution of the young politician was a brutal step too far in the eyes of the Spanish public.

The group can now be seen as a marginalised faction of extremists, out of touch with public opinion and with little public support even amongst Basque nationalists. Curiously, Eta has become what it was established to fight: a repressive force which murders innocent people.

The fresh return to violence, marked by the end of year bomb blast, has shocked and enraged Spaniards, thousands of whom protested on the streets of cities across the country. A moment of silence was observed in Madrid’s Puerta del Sol central square for the Ecuadorian victims claimed by the attack. 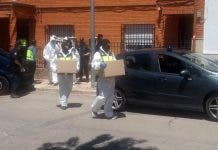 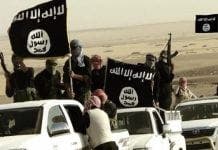