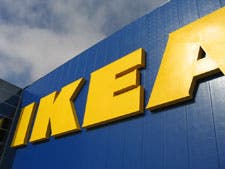 As the furniture superstore opens in Málaga, the Olive Press asks if Ikea goes far enough to combat the exploitation of child labour in its supply chain. Apparently not, argue Lisa Tilley and Jon Clarke

IT could not have found a better location. On the Málaga ring road, between the airport and the city centre, the new Ikea superstore is in perfect reach for millions of people hooked on cheap and cheerful furnishings.
Cheap, of course, is the best – and perhaps only – way to describe the massive Scandinavian chain, which has taken Europe by storm since opening its first shop in 1943.
With prices that do not seem possible (lamps for five euros, tables for under ten, a chest of drawers for 30 euros), it is perhaps not surprising it has kept ahead of its competitors and made its owner, Ingvar Kamprad, the richest man in Europe and the fourth richest man on earth.
But, as the Olive Press decided to investigate, what is the real cost?

The truth is, few people know the real reason why Ikea is so cheap. Mostly they just do not want to know when they can furnish their holiday homes and rental flats for a fraction of the prices at El Corte Ingles or most other local furniture stores.
But the facts are that the furniture superstore manages to keep its prices low primarily by out-sourcing production to developing countries, where child labour and exploitation are endemic.
And while the company says it is “against child labour”, it does not mean that its products are never made by them.

In its defence, Ikea says it does its best to prevent this and in turn ploughs millions of euros into Third World social and environmental project . But these do not address the fundamental issue that many production workers are, according to research, simply not paid enough to live in comfort.
After all, there is no such thing as ‘ethical offsetting’.

There is nothing straightforward about furniture – and not just the much-hated, flat-pack battles that most of you will be familiar with.
There are environmental issues involved in sourcing wood: deforestation and habitat destruction are already driving animal and plant species to extinction in many parts of the developing world.
The manufacture of “cheap” furniture only exacerbates the problem as keeping a competitive edge is gained by out-sourcing to the developing world, working in exploitative economies and clocking up further furniture-miles in the process.

But despite all the pitfalls, Ikea still rules as the world’s most popular furniture store, with barely a stain on its oak-veneer finish
The company has an uncanny knack for pre-empting bad press. According to a press release earlier this year: “There has been an increase in child labour in China, and in 2006 Ikea found an increasing number of children working at Ikea suppliers.”
Coming in the company’s own Social Responsibility Report for 2006, it does not even attempt to hide the fact child labour exists in the Ikea supply chain.

This makes something of a mockery of the company’s motto that: “Ikea’s business shall have an overall positive impact on people and the environment.”
And surely Ikea’s chief executive Anders Dahlvig was talking about a different company when he said: “We are lucky because our business ideas, values and vision point us towards taking social and environmental responsibility… It is in Ikea’s DNA, so to speak.”

But ‘socially responsible’ Ikea was delivered a number of blows in the 1990s when investigative journalists showed suppliers were using child labour in the Philippines, India, Vietnam and Pakistan, where shocking pictures of children tied to a weaving loom caused protests.
Not long afterwards, the poor working conditions in Romania caused the International Federation of Building and Wood Workers to threaten to boycott the firm.
But apparently the company has not taken heed.
Indeed, it is now outsourcing almost half of its production to developing countries (up from 32 per cent in 1997 to 48 per cent in 2001).
China, of course, is now Ikea’s biggest supplier and, it has been claimed, that most of the “Made in Sweden quality” products are actually manufactured in Asia.

“Low prices always incur a high social cost,” argues a report published in Le Monde Diplomatique, co-authored by Denis Lambert, the secretary-general of Oxfam in Belgium. And even Dahlvig concedes that problems exist: “There will be things we do not see. You cannot protect yourself from problems altogether.”
In fact, one of Dahlvig’s first tasks when he joined Ikea in 1999 was to pen the ‘Ikea Way on Purchasing Home Furnishing Products’ otherwise known as ‘the IWAY’.
The IWAY is Ikea’s code of conduct in dealing with the supply chain, outlining the standards the firm demands from suppliers. It uses norms from the United Nations and the International Labour Organisation and ‘outlaws’ forced, bonded or child labour in the supply chain while pledging to pay the national minimum wage.
But does this go far enough in eliminating exploitation?
Lambert and his co-authors’ investigation suggest not. They refer to the case of Shiva, an Indian woman employed by an Ikea supplier. Shiva earns 2,300 rupees a month (about 40 euros) but her monthly transport costs to and from the factory came to 500 rupees (about nine euros).
Shiva’s income from Ikea supported herself, her mother and her teenage son, hence she was reluctant to criticise her employer for fear of losing her job. She praised her bosses for giving her tea breaks and protective equipment while working.
However, when the researcher asked what she might do with an extra 1,000 rupees (18 euros) a month, she said: “We would get a gas cooker with a bottle – cooking over a fire is a nuisance because the smoke gets in your eyes. In the rainy season it is hard finding dry wood, and collecting it is a lot of work.”

Lambert and his co-researchers concluded the social responsibility ethos of Ikea fails to improve the “hard lives” of those who make Ikea products.
As a supposedly “ethical enterprise,” its workers should earn a “decent living – this does not mean luxuries – televisions or mobile phones – just enough money to buy more food, keep their children at school without needing to do two jobs, and have a proper day off every week.”
The main problem with the IWAY is it states suppliers should pay the minimum wage set by the national government concerned, but in many developing countries, this is not enough to cover basic living costs.

The Olive Press asked the company why it does not go further by reviewing living costs in its supplier nations and pay enough to guarantee workers a comfortable existence. After all, a minimum wage is not a maximum wage – there is no law against paying more than the minimum.
Charlotte Lindgren, spokesperson for Ikea, told the Olive Press that Ikea accepts and pays the minimum wage because “it is not the role, nor is it realistic, to put the responsibility for these calculations on individual business like Ikea.”
The company did not mention that the subsequent rise in production costs would no doubt push up Ikea’s famously low prices.
The IWAY also outlaws child labour in Ikea production, but again relies on local legislation to define what constitutes ‘a child.’
In some countries, we have discovered, 12 to 15-year-olds can legally manufacture Ikea furnishings without even violating the Ikea code of conduct.
Inadequate as the IWAY may be, according to Lambert and others, infringing the code of conduct is not even enough for Ikea to withdraw from a factory.
“Ikea believes in long-term relationships and does not end relations with suppliers due to IWAY non-compliance,” explains the company in its Social Responsibility Report.
In fact, by Ikea’s own admission, only 13 per cent of its Asian suppliers comply with the IWAY standards – a 3 per cent drop even on 2005.
In 2003, an investigation of 2,000 Ikea workers in Bulgaria, India and Vietnam found the national minimum wage was frequently not being paid and employees often worked seven-day weeks.

Ikea’s factory inspections have been criticised for failing to review the conditions of the workers sufficiently.
Toneesh, a factory quality controller, had two visits from Ikea auditors during 2005: “They ask a few questions, on product quality, to check production. Some are Europeans, who only talk to the top-level management. Because of the language barrier the workers cannot talk to them directly.”
Ikea claims if suppliers are found to repeatedly violate the IWAY, it terminates the contract. But during 2006, just six (out of over 1,500) suppliers were cut out of the supply chain by Ikea for non-compliance.
Consumer ethics magazine Ethiscore suggests those worried about buying Ikea goods made by exploited workers should simply avoid furniture from “low-wage economies such as China, Vietnam and India.”
In its defence, Ikea’s involvement in social and environmental projects is admirable and has gained it the respect of many Non-Governmental Organisations (NGOs).
Ikea donated 1.7 million euros to a Greenpeace forest campaign and worked with USAID in Indonesia in a drive to prevent unsustainable deforestation and protect orang-utans. The company is also committed to helping the Rainforest Action Network (RAN) as well as sourcing wood approved by the Forest Stewardship Council (FSC).
All of this led Ethiscore to name Ikea the “best environmental choice” for new soft furnishings.

In addition, Ikea withdrew all business interests from Burma when it became apparent that foreign trade and investment were financing the brutal military dictatorship in the country. The company also works closely with Unicef and Save the Children to combat the root causes of child labour in supplier countries.
At no point does Ikea deny exploitation exists in its supply chain, nor does the company suggest the issue will be resolved quickly, as Charlotte Lindgren told the Olive Press: “In certain areas improvements will take time as fundamental changes to society need to take place. These problems are not specific to Ikea.”
It seems unlikely that Ikea will solve the conundrum of how to churn out cheap products without exploiting human beings in the process – but in the meantime, the company is doing a good job of drowning out much of the negative publicity.