The seasoned fraudster, who has a string of shady companies along the coast, has been fined £29,000 at Reading Magistrates Court.

His company Incentive Leisure Group UK, based in Fuengirola, was found guilty of conning clients over the value of a so-called ‘cashback scheme’.

He was also found guilty of claiming the scheme was run by an independent lawyer.

Leigh – who started his crime career launching pyramid schemes in the UK – is now starting a new project to sell holidays through ‘a customer-to-customer social marketing scheme’, another apparent pyramid scheme.

Registered in Gibraltar, the Olive Press can reveal, that its 0870 phone number goes straight through to the switchboard of Timelinx, another one of Leigh’s famous timeshare companies.

It offers the chance to “make great money and enjoy fantastic savings”, all for a one-off joining fee of £12,000.

Leigh, 46, and his business partner Keith Barker, 38, were both ordered to pay an extra £26,000 to cover the cost of the Trading Standards’ prosecution.

Tanned Leigh – who was once viciously assaulted in his own office in broad daylight by hooded men – had been facing 36 counts of fraud.

But the case took a dramatic twist when Leigh unexpectedly pleaded guilty to the 11 most serious charges.

Leigh and Barker enticed unsuspecting clients to ‘90-minute presentations’ with the promise of a holiday or finding a buyer for their unwanted timeshares.

The sales pitches often lasted five hours, with victims being persuaded to pay for membership of Spanish-based Designer Way Vacation Club after being told they would get their money returned through a cashback scheme.

The fraudulent duo admitted to lying about the likely value of the cashback and claims that the scheme was run by an independent lawyer.

Leigh, brother-in-law and former employer of convicted murderer Tony King, aka the Costa Killer, has been operating on the Costa del Sol for over a decade.

He started making his fortune in the 1990s, when he and his father, Tom, ran a UK-based pyramid-selling scheme FPW Club.

Unfortunately for Leigh, there finally has been a catch. 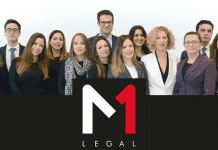 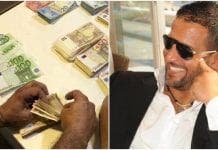