HE FOLLOWED in Beckham’s footsteps when he signed for both Manchester United and Real Madrid.

Now the world’s most expensive footballer Cristiano Ronaldo, 24, has been unveiled as the new face of fashion giants Emporio Armani.

The Portuguese star – signed by Real Madrid for a cool 94 million euros last summer – will be modelling underwear for the Spring-Summer 2010 season.

A scantily-clad Ronaldo will start appearing on huge adverts across all major European cities as of this February. 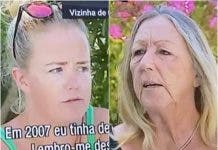