A POPULAR bar has come under attack from a bitter rival – just a stone’s throw away.

Bar Allioli, in Estacion Jimera de Libar, near Ronda, was on the receiving end of an angry onslaught from neighbouring kiosk owner, Maria del Carmen.

Flower pots were smashed and outdoor seating was thrown on the nearby railway line by del Carmen during the frenzied assault.

Now, owner Paul Darwent, 54, has filed an official police denuncia after claiming to have endured two years of infractions.

Darwent, from Sheffield, explained: “When I came to open the bar in the morning I was confronted by tables and chairs thrown all over the street.

“All the plant pots were smashed, the place was a wreck.”

“The week before del Carmen threatened to burn my bar down, but I have had to put up with similar threats for the past two years.”

Darwent – who moved to Spain eleven years ago – explained that del Carmen’s young son watched on in tears as his mother carried out the attack.

“The little boy was stood there crying, he just had no idea why she was doing this,” said the father-of-two.
Darwent also claimed that del Carmen sells alcohol and cigarettes without permission to customers.

He added: “The whole operation is illegal. I have previously denounced the kiosk for selling cigarettes.”

However, del Carmen insisted the alleged bar attack was nothing more than “a silly incident”.

She explained: “He (Paul) knows more than me, it was nothing really.”

She also insisted that she had the necessary licenses for selling beer and cigarettes and that it was “a little problem that has now passed”. 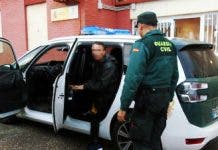 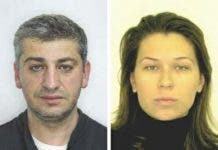 Hunt for Russian fugitive in Spain, Alexander Chikovani, switches to his wife