ANONYMOUS employees of disgraced Gibraltar law firm Marrache have hit out at implications that they were all involved in a plot to use ten million euros of clients money.

The staff have sent comments to numerous websites insisting that they are in a “dreadful” situation and facing “financial hardship” as a result of the scandal.

They insist there is “a witch hunt” going on since brothers Solomon and Benjamin Marrache were sent to Gibraltar prison over claims that they attempted to misappropriate their clients’ money.

The brothers, who also had offices in Sotogrande and London, have been charged with false accounting of 1.8m euros of clients money.

“Those in custody will be fed and watered, but staff have to pay for the roofs over their heads and put food on the family table.”

Their licences have been cancelled, while third brother Isaac Marrache is also being investigated.

A civil suit has also been filed by T&T Trustees, which is trying to recover 10 million euros of client monies.

Meanwhile the employees, who number around 50, cannot work and fear they will not get paid this month.

Describing the case as a “witch hunt”, one wrote on the website of Lawyer magazine: “We don’t know if we are to be made redundant or not.

“The staff are in a dreadful situation and some face immediate financial hardship as a result of this sordid affair.

“Those in custody will be fed and watered, but staff have to pay for the roofs over their heads and put food on the family table.” 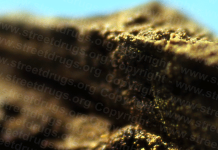