A BRITISH woman has endured “heartache and agony”– not to mention spent nearly 10,000 euros – on fertility treatments at what she calls “a faulty clinic.”

Many British couples with fertility problems flock to Spain to partake in so-called ‘fertility tourism.’

Spanish clinics are known for having more donors, shorter waiting lists, and lower costs than their British counterparts.

But while many couples have to face the disappointment of infertility, few have as hard a time as Londoner Netta Jones and her boyfriend Brian, who have a home in Velez-Rubio, Almeria.

Netta, 43, had travelled down to Spain to try to conceive again after a failed etopic pregnancy in the UK.

But after four unsuccessful artificial insemination attempts at a hospital in Huercal Overa and one failed IVF at a clinic in Granada, Netta was literally feeling discouraged.

It was then she heard about a fertility clinic – who the Olive Press is not naming for legal reasons – in southern Spain that claimed to have a 70 per cent success rate using egg donation techniques.

On initial enquiries the clinic told her it would cost 7000 euros for the egg donor and first embryo transfer, and that the second or third attempts, if needed, would cost 1350 euros each.

It sounded like a good deal, so Netta began taking medication to prepare for the egg donation.

On the morning of her procedure, however, the clinic said there was a problem with the embryos, caused either by the donor’s eggs or her boyfriend’s sperm.

Netta was confused; she had taken the medication exactly as told, even though the timing instructions differed between doctors.

Her boyfriend’s sperm was fine, she insists, because he had been tested and had been able to get her pregnant before.

She was further confused when one doctor had called her the night before the procedure saying her embryos were fine, while the next morning another doctor called to say they wouldn’t work. What had gone wrong?

When Netta voiced these concerns to the clinic, she was told that everything was ‘fine’.
“Alarm bells should have gone off for me right then,” says Netta, looking back.

Brought up to trust her doctors, though, she accepted their answer without question and tried again.

So two embryos were transferred without complication and nine embryos were cryopreserved. But blood tests said she was still not pregnant.

With the clinic’s supposed 70 per cent success rate lingering in her mind, Netta was determined and asked her doctors to transfer three of the frozen embryos.

Though they typically suggested transferring just two, Netta believed triplets would be better than no baby at all.

The clinic said it would cost her 2200 euros, but Netta protested after being told it cost 1350 euros for each extra attempt.

The clinic doubled back and said they would charge her 1380 euros.

“These are not just sour grapes, I have had IVF before and didn’t complain”

However, things were anything but fluid and ten minutes before the procedure was due to begin, a doctor walked in and asked Netta to sign a ‘thawing and embryo transfer agreement’.

“While I had not been briefed on it I didn’t really have much choice and signed it anyway,” she explains, appalled that the clinic would ask anyone to sign such an important document just minutes before a procedure.

To add insult to injury, the doctors then gave Netta a tranquilizer pill to calm her before the transfer, which was less than half an hour.

“I was then sent home on the long drive back to Velez Rubio, almost dozing off at the wheel,” she recalls.

And the end result was once again negative.

“The horror of nearly falling asleep could have been the cause of me not being pregnant,” she insists.

“They simply had no regard for protocol, took weeks to respond to me, and never sent me the documents I asked for. They must be hiding something. “

Still, Netta’s desire for a baby got the better of her and she asked the doctors to try again with the six frozen embryos she had left.

But she was told it wouldn’t be possible; the embryos had been deemed inadequate after thawing, and were thrown away.

The only option was to pay another 7000 euros for a new donor.

“I was furious. I didn’t know they had been damaged. It certainly wasn’t my fault so why should I be financially penalised for them?

Concerned that the clinic may have in fact sold her embryos to another woman, Netta demanded the paperwork about her binned embryos.

The clinic said they would mail it, but when a letter finally came, it only included ‘frivolous’ documents.

When Netta emailed the clinic for clarification, the marketing director responded unapologetically, and attributed Netta’s anger to the lack of a successful pregnancy.

She also wrote that Netta’s accusations against the clinic were “very grave” and could prompt a libel lawsuit. Any further correspondence would have to be via the clinic’s lawyers.

Netta has now launched legal action of her own against the clinic, which she claims massages its figures for marketing purposes.

When you take into account the amount of miscarriages, the 70 per cent success rate promoted by the clinic is actually under 60 per cent.

On top of this, the clinic claims to have been around for decades, when, in fact, for most of the time it has been involved in another altogether different practice.

“These are not just sour grapes,” she insists. “I have had IVF before at another clinic and didn’t complain. I know that nothing is guaranteed.

“They simply had no regard for protocol, took weeks to respond to me, and never sent me the documents I asked for. They must be hiding something. “

But, despite spending 9166.99 euros at the clinic, she is more angered by the distress, confusion, and disappointment caused.

“I’d be ecstatic to get my money back,” she concludes.

“But the most important thing to me is making sure other couples don’t have to go through the anguish we went through.”

Netta Jones is not her real name. 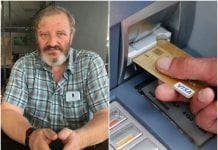