IT was on Sunday September 5 that ETA finally declared a ceasefire.

But so far reactions from the governments of both Spain and the Basque Country have been at best sceptical and at worst disinterested.

We should not forget that the previous ceasefire, which saw Zapatero’s Socialist government of Spain entering negotiations with ETA, against very strong opposition from many quarters, came to a decisive and bloody end in 2006 with a bomb at Barajas airport.

“The Spanish Government will respond very carefully,” explains Paddy Woolworth, who has lived in the Basque country for decades and written books on the conflict.

“They were after all burned by ETA last time.”

But can the deadlock in all the failed peace negotiations up to now really be laid squarely at one door? Where do the true obstacles lie that stop the Basque Country, unlike Northern Ireland, reaching a peaceful accord?

A 35-year relationship with this often complex, at times dark ‘country’ has afforded Paddy a certain sensibility towards the Basque question.

Brought up among the protestant minority in the Irish Republic, he describes his own politics as “broadly-speaking Republican” but, he adds, “I do understand the protestant position in Northern Ireland. I understand that there are Irish people who feel British.”

He points to a mood of acceptance and tolerance that now reigns in most areas of Northern Ireland: “Protestants and Unionists now recognise that Republicans have a right to their own symbols… And likewise, Republicans realise that Northern Irish Protestants have a right to fly the Union Jack… Those are huge shifts,” he adds. “I see no sign of either of those shifts happening in the Basque Country.”

How useful is it, then, to compare the Basque Country with Northern Ireland?

“I think it’s useful to compare the situation with Northern Ireland but more to show the differences than the similarities,” Paddy believes.

He believes there is “a fundamental dishonesty” on all sides on what is needed.

On the one hand, he says, is ETA’s lack of understanding of what the negotiation process entails: “What ETA do not recognise is that the IRA gave up some of its core values.”

On the other hand are those who cite the Basque Parliament’s greater autonomy compared to that enjoyed in Belfast as grounds for categorically dismissing nationalist claims for further freedoms.

The Basque situation is made more complex by the question of self-determination (as opposed to independence). In other words, the right of the Basques to vote – via a referendum – on whether they wish to form part of Spain.

“The critical thing,” says Paddy “is that the IRA decommissioned arms because the British Government recognised the right to self-determination of the Irish people,” something no Spanish government so far will consider.

The vitally worded Downing Street Declaration, which acknowledged that Britain had no “selfish, strategic or economic” interest in Northern Ireland, is, he points out, what led to the IRA eventually decommissioning arms.

Which brings us to another crucial difference between the two conflicts: Namely that Spain’s interest in the Basque Country is strategic, selfish and (above all) economic.

The Basque Autonomous Community is Spain’s wealthiest region. Never is this fact more starkly present than during an economic recession.

Returning to the ceasefire, Paddy believes ETA’s statement needs to be “firmed up into a permanent renunciation of violence”. The Spanish government are possibly faced with a golden opportunity for peace. But they cannot take ETA at their word, and even
less so when the wording is less than specific.

Meanwhile, Madrid continues to insist that Batasuna outwardly condemn ETA, despite promising moves within the – still illegal – party to pursue its objectives via purely peaceful means.

“How can Batasuna be asked to condemn violence if it does not exist any more?” says Paddy.

He feels, nevertheless, encouraged by Basque Socialist Party President Jesus Eguiguren’s pronouncement that the ceasefire should be taken seriously, and believes the PSOE “is keeping the back door open to dialogue while remaining publicly
dismissive”.

But, he adds: “If a peace process is to be bed down, it is essential that issues like early prisoner release be considered calmly”.

One crucial lesson learned from the Northern Ireland peace process was that concessions, however tough, had to be made on both sides in order to move forward.

Mutual forgiveness and honesty will be essential factors in resolving the Basque conflict if the current ceasefire is to last, even if it requires an enormous effort from some elements.

In Paddy’s opinion, opening up talks about a possible referendum could take the sting out of the tail. Arguably the continued refusal to consider the question of self-determination for the Community, based on a constitution many Basques felt no part of,
has contributed to an increase in radicalism.

He concludes: “If you imagine the Spanish state as a Palace, the Basques occupy some of the most comfortable rooms. But Basque nationalists sense that nobody has ever had the manners to ask them if they want to be part of this domestic arrangement.
If this question was put on the table, it might, just might take the poison out of the equation… it might.”

Paddy Woolworth has written two books – Dirty War, Clean Hands and The Basque Country, A Cultural History – and spent much of his writing career covering the region and its conflict. 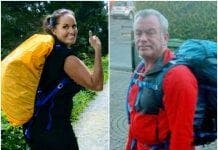 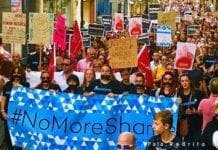 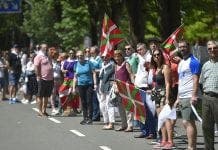