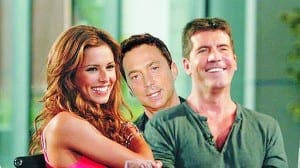 SO the parliament of Catalonia has voted to ban bullfighting!

What took them so long? The Canary Islands banned it in 1991, nearly twenty years ago! And when one considers that there is only one working bullring in the entire province it does seem that symbolism has overtaken sensibility in the Catalan mind.

Now, supporters in the other autonomous communities are worried that sandalistas will start lobbying to get the bans extended nationally.

For once it is accurate to say that they have got the bull by the horns.

Instead of trying to stop bullfighting, throwing thousands of people out of work, they should realise that the spectacle is a diminishing prospect with dwindling crowd numbers and lots of unnecessary gory bits that don’t look good on television.

What they need to do is to reinvent it rather than ban it! Actually I have done it for them.

First and foremost the all new Bartie Bull Fights (BBF) will feature the Bull Cam – a miniature camera strategically positioned between the bulls’ horns so that all of the action, from the bulls’ perspective, can be broadcast to the nation and on giant
screens in bullrings.

Matadors will no longer have the support of picadors and banderilleros will be specifically excluded.

Matadors will be required to dress in tight-fitting costumes in order to attract female supporters and they will be encouraged to wave their capes about provocatively as half a tonne of assorted prime cuts hurtles towards them.

Did I mention that they will not be permitted to use a sword and that any loss of blood by the bulls will count against them?

There will be a panel of three judges who will rate matadors on style, interpretation, artistic merit and courage in the face of possible oblivion – I’m hoping to sign up Simon Cowell, Cheryl Cole and Bruno Tonioli for the launch season.

BBF will tour all major Spainish cities and, if he’s extant, it would be nice to have Bruce Forsyth introduce each set of tercios and interview matadors if they manage to survive.

There will, of course, be an opportunity for viewers to vote for their favourite matador and/or bull using a premium phone line.

The leading matador from each BBF event will go forward to the final which will be held in Barcelona.

If anyone from the AET (Asociación Española de la Tauromaquia) is reading this, please note that the idea is copyright but information about licensing arrangements may be obtained by contacting this newspaper.