SOTOGRANDE and Marbella have seen increases in house prices despite much of the rest of the region going down.

At 3,333 euros per square metre, Sotogrande (pictured left) is the most expensive place to buy in Andalucia.

Marbella was close behind with average prices coming in at 2,745 euros per square metre.

It follows news that three of Spain’s seven most expensive houses are located in the town.

A report by real estate website pisos.com found a house in Guadalmina was the second most expensive in Spain costing 12.8m euros.

It has three duplex suites, a heated pool, sauna, Turkish bath, a 10-car garage and sits on 20,000 square metres of land.

Number five in the rankings was a villa in Los Monteros on the market for 9.8m euros.

While the seventh most expensive property was a Marbella mansion that has a 4,000 square metre garden with fountains and waterfalls.

However, it’s not all good news.

The overall property market in Andalucia slumped by 17.7 per cent in October 2010 compared to the same month in 2009.

Increases in VAT, less mortgages on offer and fewer visiting tourists are to blame for the decline, with sales of new homes suffering the most, falling by almost 20 per cent.

Second hand homes saw a slightly smaller drop in sales at 17 per cent. 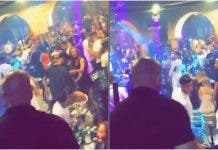