THE number of expats suffering from asbestos disease is on the rise.

Figures suggest that as many as one in 17 carpenters born in the post war ‘baby boom’ era will die of mesothelioma due to the widespread use of asbestos in the UK between the 50s and 70s.

Most of them will be aged between 50 and 70 and will have worked in the construction industry.

“This includes many Britons living in Spain,” said lawyer Andrew Lilley, who has been fighting claims on behalf of his victims for 17 years.

The Manchester-based solicitor, whose firm JMW specialises in aspestos cases, claims that there are increasing numbers of expats being diagnosed with lung cancer, mesothelioma or asbestosis.

“It’s frightening to suffer asbestos disease,” he added. “When you are away from your home country and dealing with unfamiliar medical and legal systems the situation can be even more intimidating.”

His company is able to arrange medical reports from experienced English experts and pursue proceedings in fast track courts set up to deal with such cases.

His team can even ensure evidence can be given via video-link to avoid travelling back home.

This week, a long awaited decision handed down by the Supreme Court has ruled that sufferers with even very light exposure to asbestos can successfully claim against their employers.

The decision is also relevant for smokers who have developed lung cancer and also been exposed to asbestos.

“Most people are unaware that there is a government compensation scheme under which they are entitled to a lump sum worth up to tens of thousands of pounds,” continued Lilley.

“It is essential that anyone in this position seeks expert legal advice as a matter of  urgency. This is not an area of law that can be dealt with by your average high street solicitors”. 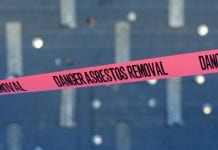