CONSUMER groups are demanding a change in Spain’s mortgage law.

The appeal, which is being backed by a variety of judges, would see the entire debt of a mortgage cancelled if a bank reposses a home.

It follows the ruling of a Navarra court, which found in favour of a homeowner, preventing the bank from seeking the remaining loan amount after repossession.

The family were forgiven almost 30,000 euros of negative equity on a home they had bought for 70,000 euros.

However, the following week a different judge made the exact opposite ruling, giving a bank the right to go after the difference.

The judge, also in Navarra, ruled that the mortgage must be paid in full, according to Spanish law.

Now consumer group Adicae insist that the law must be clarified.

It insists that the current legislation is 150 years old and is causing ‘enormous social alarm’ as reposession cases increase throughout the country.

The Spanish Federation of Municipalities is backing the campaign to change the law.

The government meanwhile is holding firm with finance minister Elena Salgado insisting that changing the current mortgage legislation could have huge consequences for the financial sector.

She adds it would deter future investment into Spain. 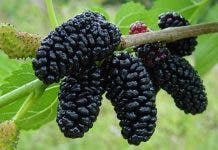