KATE Middleton has designed her own wedding dress with a little help from Spain.

It has emerged that the Royal bride-to-be has been working on her gown with fashion designer Sophie Cranston, who has a studio near Tarifa.

While spending most of her time in London, Cranston is heavily influenced by Spain – her label Libelula, means ‘dragonfly’ in Spanish.

The designer, 34, who lived in Spain for many years, had a studio in the tiny village of Facinas, surrounded by hundreds of wind turbines.

She told the Olive Press in 2008 that she was ‘heavily inspired’ by the rugged Costa de la Luz.

“I love the area and it is sad to have to go back and live in England,” she said.

Clearly it has had its advantages though.

The Royal bride, 29, who marries Prince William next week, was seen wearing one of her ‘vintage coats’ at a wedding in January.

And now she has the commision of a lifetime. 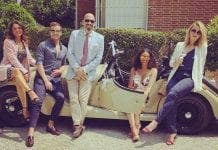 Oh, Ambassador… you are spoiling us!

May is truly the best month of the year in Andalucia 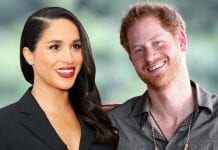