MAURICE Boland is back on air for the first time since the scandal over his alleged affair with a teenager.

‘Mr Marbella’ will kick off his new show by chatting to guests including Jeffrey Archer and Max Clifford, before opening the phone lines for listeners.

The Irishman’s new slot begins this afternoon on Heart FM, where he has signed an initial three month contract.

The show had originally being slated to start on May 1 but was rescheduled after the station experienced technical difficulties. 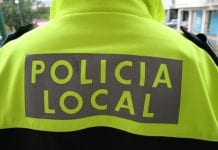