A RESCUE centre responsible for the recovery program of the endanged Imperial Eagle has been accused of falsifying data and stealing eggs.

Police have arrested 16 people in connection to the fraud, which saw staff purchase eggs stolen from the wild, which were then passed off as part of the breeding program.

The artificial inflating of numbers of chicks born at the San Jeronimo centre led to the continuation of Junta grants – said to add up to millions of euros a year.

The network, which also saw the sale of some chicks for as much as 14,000 euros to collectors,  is believed to involve 150 people around Spain.

The group were said to have also been linked to the smuggling of other rare birds including Peregrine Falcons.

Officers have so far rescued 101 live birds from the centre, where four people were arrested including its director.

“There is a huge problem with illegal bird trafficking in Spain,” said Juan Onate, a spokesman for SEO Birdlife.

“There are lots of bad people who just don’t care about the eagles, but it’s really important to protect this species as there are very few left and they are dangerously close to being extinct.” 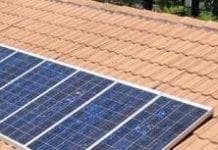