THERE was no time for homesickness, when Jane settled her suitcases down for a new life in the south of Spain… 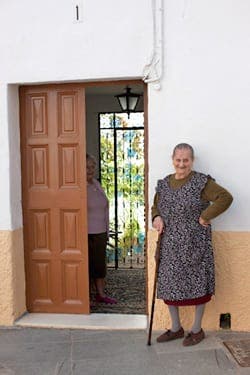 Lola is your stereotypical Spanish lady. The kind you might see portrayed in a film, wearing a floral-patterned dress, and boasting a short stature, big curves and a strong personality. But Lola also radiates something that is at the very heart of the Spanish culture: warmth.

On my first encounter with this motherly Mediterranean figure, just over a year ago, she reached up, wrapped her chubby arm around my neck and pulled me down into a close embrace, where I was trapped for many minutes while she welcomed me to her hometown – Cordoba, in the south of Spain.

‘Like a warm blanket’ is how I heard one person describe the people of Cordoba, and without a doubt it’s this friendly disposition that makes the Andalucian city a favourite.

While London might have the Olympics, or Manhattan some of the tastiest bagels, Cordoba brags a rich history. Romans, Moors, Christians and Jews have all left their mark on this UNESCO World Heritage Site city.

The Moors took control of the city after the Romans, in 711 AD, making it the capital of a new province within the Arabic world, under the name of ‘Al Andalus’. Culture and engineering thrived under Moorish rule – the city was reconquered by the Christians in the 13th century.

During the latter half of the tenth century, during the heyday of Muslim presence in the area, Cordoba was said to be the most populated city in Europe, perhaps the world, with almost one million people living either side of its Guadalquivir River.

Today however, there’s certainly more elbow room, with just over 300,000 people – including me – now calling this ancient city home!