COLLECTIVELY they have played a major role in shaping modern day Andalucia.

Whether they set up businesses or charities – or excelled in literature and the arts – the Olive Press’s Expat 100 have all helped to influence the perception of visitors to the region in one way or another.

But with up to three million expats estimated to live in Andalucia – including unofficially one million Britons – standing out from the crowd can be difficult.

Our Expat 100 poll is not just about acknowledging those people who have reached a wide audience and helped to attract visitors in their droves.

It is also about celebrating the lesser-known personalities who have played an equally influential role in their communities and gone the extra mile to help the lives of others.

These include characters, such as George Langworthy, who gave his fortune away to the poor in Torremolinos, and Betty Molesworth Allen, who in her eighties, was still compiling books on the botany of the region.

And then there are the off-beat characters. The likes of Scott Abbott and Chris Haney, who invented the popular game Trivial Pursuit in Nerja and Sergio Leone, who single-handedly invented the Spaghetti Western genre in Almeria.

Finally there are the downright strange, such as Mr Garlick, who fastidiously collected notes in bottles and other curiosities that got washed up on the shore in Cadiz and Pepe the Scot, who apparently used to dictate the start of Sevilla’s feria.

Either way, the demographic landscape of Andalucia has changed dramatically over the past few centuries – the majority of it since the 1970s – with most towns and villages now boasting fully-integrated residents of several different nationalities.

It all adds to the harmony of what is, without doubt, one of Europe’s most attractive places to live. As our winner Chris Stewart insists: “It’s a privilege to be part of the melting pot.

THE TOP TEN MOVERS AND SHAKERS 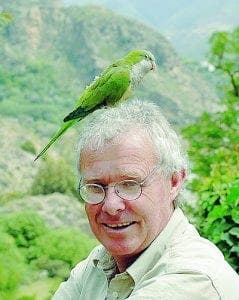 After starting out as a founding member of British rock band Genesis, Stewart enjoyed a foray around Europe before making his home on a farm in the Alpurrajas nearly three decades ago.

During his time in Andalucia, Stewart has turned a dusty, dry corner of semi-desert, near Orgiva, into a productive farm, as well as representing the Green Party, running as a candidate in the 2007 local elections.

But it is Stewart’s impact on the region as an author that has cemented his place at the summit of the Expat 100 list.

His autobiographical trilogy of Driving Over Lemons, A Parrot in the Pepper Tree and The Almond Blossom Appreciation Society, completely changed the perception of Andalucia as a region, as well as encouraging thousands to visit.

“I feel enormously flattered and privileged, it’s made my day,” Stewart told the Olive Press when informed of the accolade.

“It’s a pleasing vote of confidence, and rather surprising, I’m thrilled.”

The former drummer – who now runs a farm, El Valero, with his wife Ana after moving to Andalucia in the 1980s – recalled how much things have changed since then.

“I’m a huge fan of multiculturalism and the presence of foreigners here has really helped the region,” Stewart insisted.

“Expats have brought things like yoga to the region and there was no such thing as wholemeal bread when we first moved here,” he says. “Because of us, diets have changed enormously.”

He continued: “When people move to a new place it enriches the demographic and helps to inject life into society.

“It’s a privilege to be part of the melting pot.”

Modest by nature, Stewart, 61, plays down his impact, but does acknowledge that he has helped to draw visitors to southern Spain and the Alpujarras in particular.

“People come here with the book and say ‘we just had to see the place’ and I am sure they have had a small economic benefit on the area.

“On top of that the feedback I have had from the Spanish has been dazzlingly positive.”

His personal picks: Ian Gibson, who had a ‘huge effect on Spanish literature’, as well as his literary friend Michael Jacobs, and David Baird.

“I should also mention Gerald Brenan, as he was largely the reason I came to live here.”

What is more, he is unlikely to be leaving in a hurry.

“Our life has changed a lot since we’ve been here, but I still get tremendous pleasure from writing and living here. There is no way I am leaving, apart from in a box.”

The American writer and diplomat put Andalucia on the map with his book Tales of the Alhambra, which was published in 1832.

Irving is credited with ‘rediscovering the Alhambra’ and spent a short amount of time living in it in 1829, when it was in a poor state of repair.

Publication of the book led to the restoration of the palace, which quickly became one of Europe’s most popular tourist attractions.

This, in turn, brought major benefits to both Granada, and Andalucia generally.
Irving later served as US Minister to Spain from 1842-1846 and now a well-trodden ‘Route of Washington Irving’ continues to draw visitors to the area, keen to follow in his footsteps. 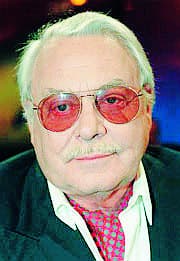 Responsible for transforming Marbella from a sleepy fishing village into a millionaires playground, Hohenlohe had first hit upon the area after being sent to Andalucia by his father Max in 1947 to search for property.

Charmed by Marbella after stopping for a picnic, he bought an estate with a ruined vineyard.

This eventually became the Marbella Club, that came to welcome everyone from Hollywood stars, to royalty to the town.

And as the man himself once pointed out: “Thanks to my initiative, Marbella’s Golden Mile alone now provides 60,000 jobs.”

The Prince later went on to set up his own successful trailblazing vineyard in Ronda – one of the first – and lived there until his death from prostate cancer in December 2003.

4 JOAN HUNT CBE
AS the founder and President of the Cudeca cancer hospice in Benalmadena, Hunt has had an enormously positive impact on the lives of patients receiving palliative care over the last 20 years.

After becoming a registered charity in 1992, Cudeca has gone from strength to strength under her leadership and continues to flourish.

In 2002, Hunt was awarded an OBE for her services in southern Spain.

When informed of her place in the Expat 100, she said: “I’m absolutely thrilled to have been recognised in this way, it’s wonderful.

“Can you thank all of your readers who nominated me, it’s lovely.”

She also highlighted just how much of a difference Cudeca makes to people’s lives.

“Being unwell in a foreign country where perhaps the patient doesn’t speak the native language can be hard and it’s a great comfort to them to have us here to care for them.” 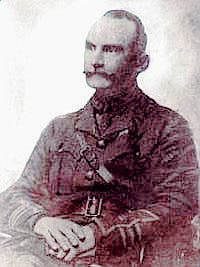 TORREMOLINOS’ only officially ‘adopted son’, Langworthy moved to the town in the 1900s when he purchased the old fort and had the grounds landscaped.

He was a rich man but was very generous towards the town’s poor.

Indeed, following the death of his wife from pneumonia, Langworthy became depressed and decided to give away his fortune to the poor, giving away a peseta (then enough to feed a family for a day) in return for a prayer from the Bible.

This earned him the title of ‘el ingles de la peseta’, giving away an estimated total of 12 million pesetas.

THE Former British consul (from 1824-1836), established the English Cemetery in Malaga in 1831, the first in Spain to allow people of all religious denominations a proper burial.

Protestants and all other non-Roman Catholics had previously had to be buried in an upright position on the beach at night, leaving the bodies exposed to the tides and scavenging dogs.

Mark applied diplomatic pressure on the king, which led to the establishment of Protestant cemeteries in all Spanish towns that had a British consul.

Notable names to be buried in Malaga’s English Cemetery include Robert Boyd, Gerald Brenan and Gamel Woolsey (all included in this supplement).
7 THOMAS OSBORNE MANN 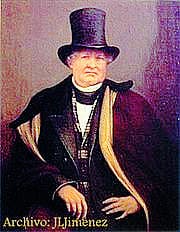 ENGLISH merchant who settled in Cadiz towards the end of the 18th Century.

He went on to set up Spain’s most famous sherry firm – celebrated for its black bull adverts perched on hillsides nationwide – and ran the business until his death in 1854.

The Osborne Bull remains an iconic symbol around the world, having been created in 1956 as a means of advertising.

The company continues to thrive to this day, bringing many economic benefits to Andalucia and Spain as a whole.

Osborne is also credited with designing El Puerto de Santa Maria bull ring to seat 12,816 people – the exact population of the town at the time.

8 GERALD BRENAN CBE
BEST known for works including South from Granada and The Spanish Labyrinth, Brenan lived for much of his life in Andalucia, living first in Yegen in the Alpujarras and then later in Churriana and Alhaurin near Malaga.

The Malta-born writer – who later married American poet Gamel Woolsey (herself a writer) – arrived in Spain in 1919 but later returned to the UK during the Spanish Civil War.

He was permitted to return to Spain in 1953 despite his political views being anti-Franco.

His books have greatly promoted the region, with The Spanish Labyrinth having been a key tome, even used by brave Spaniards to understand what really happened during and after the civil war under Franco.

A plaque acknowledging his role in promoting Yegen can be found on his former home in the village. 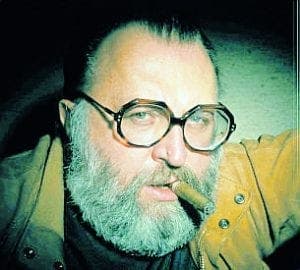 THE Italian film director spent considerable time in Andalucia and played a major role in putting the region on the map through his film sets in Almeria.

Starting the genre known as Spaghetti Westerns, he shot several films in the region, including A Fistful of Dollars, which made Clint Eastwood a star.

Other films to be shot in the desert of Tabernas included For a Few Dollars More and the Good, the Bad and the Ugly. Thanks to Leone, Almeria later attracted other directors including Steven Spielberg and Planet of the Apes director Franklin J. Schaffner to the area.

Originally a private estate, the spectacular tropical site was purchased in 1990 by the Malaga city council and has been open to the public ever since.

The gardens are one of the most important in Spain and attract a large number of visitors, helping to generate revenue for Malaga and boost the city’s reputation.

Today, the site is popular with visitors to Malaga and has recently become an officially protected landmark.

The rest of the Expat 100 will be revealed in our features section over the next few days.