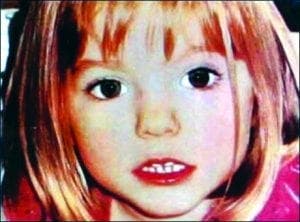 A BRITISH mother believes her six-year-old son was almost the victim of a Maddie McCann-style kidnapping in Spain.

Toni Clarkson from Solihull wants to warn other tourists about her horrific ordeal after a prowler let himself into her hotel room using a cloned key card.

“It could have been another Maddie McCann,’ said the 39-year-old mother, who was on holiday with her partner and three sons.

“I had no idea he was there, and it was only my six-year-old’s tears that stirred me from sleep.”

The terrified family, who were staying at the Levante Beach Apartment Hotel in Benidorm, chased the 6ft 4in intruder off.

They believe that he had been in the apartment for 15 minutes, as he had raided their safe. “The hotel manager told us the CCTV was not working and they’d had problems,” she added.

A hotel spokesman said police are ‘investigating’, adding: “It is not common.”