PLANNED job cuts at two controversial US military bases in Andalucia threatened to undermine relations between Spain and the US, Wikileaks cables have revealed.

Up to 200 Spanish civilian employees were due to be axed at Moron air base near Sevilla, while further jobs were set to go at the Rota air and naval station near Cadiz as part of US defence cutbacks.

But US diplomats in Madrid warned colleagues in Washington that any job losses would put Spanish Prime Minister Jose Zapatero in a ‘difficult position’.

“President Obama is wildly popular in Spain, and Zapatero has very publicly made a new and closer relationship with the US a centrepiece of his foreign policy,” read the diplomatic cable.

“The PP will be quick to use job cuts at the bases to prove that Zapatero has failed in his attempts to improve ties with the US.”

The cables, sent by the US Embassy’s political counsellor at the time, William H. Duncan, also warned that any media attention gained by the cuts ‘is probably going to hurt our interests.’

“We can certainly anticipate the unions will go to the press to claim they are being mistreated by the US military, casting our use of the bases in a very negative light,” he added.

The two bases had previously received negative headlines amid allegations that US military flights carrying terrorism detainees to Guantanamo had stopped off there. 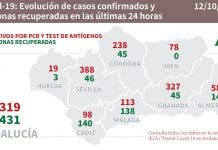