BRITISH rock band Coldplay kicked off their European tour by performing to thousands of fans in Madrid’s bull ring, while millions more streamed the concert live on YouTube.

The band mixed classics including Yellow, Politik and The Scientist, with tracks from their new record including Paradise.

SCRAPING THE BARREL: Olive Press responds to ridiculous claims made by ‘rival’ newspaper which has been EXPOSED as ‘scraper site’ which runs on plagiarism 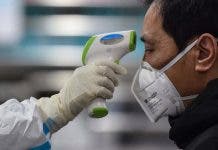 Laurence Dollimore (Digital Editor) - 29 May, 2020 @ 19:42
THE number of new COVID-19 cases being reported daily in Spain has stagnated at around 180. Several small outbreaks across the country have managed to...