A WOMAN who launched an internet campaign to track down a hunk she met on a Spanish holiday, has discovered he is ‘already taken’.

Sadly, Julia Cross, a PR consultant from London, did not get the fairytale ending she had hoped for after her Prince Charming Martin O’Kane got in touch to say he was ‘flattered’ but already had a girlfriend.

The tale of thwarted love comes after Cross and O’Kane met at an Ibiza nightclub in September and shared a kiss as they watched the sunrise.

After Cross failed to hear from her lover the 33-year-old, became convinced she had given him the wrong number.

It was left to her friends to launch a Facebook and Twitter campaign dubbed ‘Find Martin’ to help her rekindle the holiday romance. 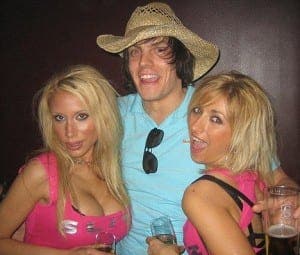 In her appeal she said ‘he seemed like a really considerate guy, and I would be delighted if he got in contact’.

But O’Kane has now come forward revealing he got back together with an old girlfriend after his trip to Ibiza.

However, when contacted this weekend, he suggested the media should run a competition for someone to date Cross if she ‘would be up for it.’

Fiona Govan - 28 Jan, 2022 @ 12:39
A THIEF who twice targeted the same Madrid bank wearing bright red gloves and threatened staff with a hunting knife, has been arrested. The 58-year-old...