CONTROVERSIAL Spanish judge Baltasar Garzon will not face charges of accepting illegal payments after the Supreme Court ruled the allegations were filed too late.

Garzon had been accused of receiving sponsorship payments from five companies while on a sabbatical in New York.

However the court claims the papers were filed 25 days later than the three year deadline from when the offence occurred.

Garzon – recently struck off for 11 years after been found guilty of perverting the course of justice – still faces further charges relating to the Franco era.

It is alleged he exceeded his remit by opening an investigation into disappearances and crimes committed during the dictator’s reign, ignoring a 1977 amnesty.

To discover more about Garzon, see our feature Where justice meets farce: Garzon, the Spanish ‘superjudge’ 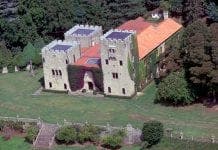