IT wasn’t long ago that we were warned against eating eggs.

Eat an egg, they said, and you will die in screaming agony from amoebic salmonella.

Now it is bacon that has caught the eye of the health fascists or, to be more accurate, processed meat in general and red meat in particular.

Eat more than half an ounce of processed meat and you will be dead before you hit the floor.

So says a study carried out by researchers in that culinary wasteland, the DisUnited States of America, and reported with great glee by Doomwatch, also known as BBC News.

Never mind the fact that the British have been scoffing a breakfast of bacon and eggs for decades, the Italians have consumed more kilometres of salami than Antonio Carluccio can poke a bread stick at and the Spanish have been doing unmentionable things with sausages since time immemorial.

Frankly, given the latest pronouncement, I am surprised that the world population continues to endure, let alone increase.

Let’s ignore hamburgers and hot dogs – no one in their right mind would eat one of those.

I think this latest report is nothing more than a manifestation of American jealousy.

I have visited the country often and have noted their congenital inability to make a decent cup of tea or to fry a rasher of bacon without incinerating it.

The tea is always lukewarm and the bacon shatters on your plate whenever you try to stick a fork into it.

Americans are jealous of our piping hot tea and they envy our two rashers of back bacon between inch-thick slabs of white bread that is dripping with salted butter.

The health fascists won’t be satisfied until we are all eating lentil soup for breakfast, lunch and dinner. For my part, the big decision is whether to have three rashers or four with my early morning fry up. 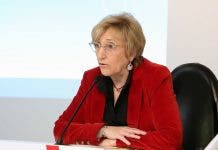