Such is the seemingly endless list of pessimistic news that comes from today’s media.

It is hard not to be affected.

‘La crisis’ is everywhere and certainly for many is an everyday reality that leaves them struggling.

Yet, among all the negativity, the doom and gloom and the strangling pessimism, I believe there are reasons for hope.

And I implore my Spanish friends to weigh the following five reasons for Spain to embrace optimism; albeit from an outsider!

Like England, Russia and Turkey – countries long associated with being part- European, part ‘something else’ – Spain can take advantage of being close enough to Euro-centric influences yet, at the
same time, far enough removed to reject Euro-centric disadvantages.

A close proximity to core-Europe allows Spain to establish and maintain import/export links and a larger market that has historically strengthened competitiveness and economic performance.

Core-Europe also has most of the positive attributes of economic prosperity; transnational links, modern development, higher wages, access to health care and scientific innovation, which Spain can benefit from.

Yet, due to its location and the fact it is bordered on three sides by coastline and the fourth side by the Pyrenees, Spain escapes the pull of central dominance and Europe’s historically untenable political strains.

The combination of Spain’s isolation and continental proximity (to say nothing of its superb climate or 3,200 km of beautiful coastline) gives the country its own unique ‘brand’ with a distinct world-wide reputation.

The post-Franco creation of the autonomous regions has allowed for localised parliaments, different cultural identities and even the re-emergence of suppressed languages.

Yet, while the constitution recognises the rights of its regions, the indissoluble unity of the Spanish state is also emphasised.

Central government accounts for 18 per cent of public spending, the regional governments 38 per cent, the local governments 13 per cent and the social security system the remainder – making Spain the most decentralised state in Europe.

For those who believe that less government is good government, this is good news.

Autonomous regions, cooperating with a decentralised state, have been shown to have fewer cumbersome tiers in the organisational structure, a wider span of control and a more efficient ‘bottom-to-top’ decision-making flow of ideas.

This dynamic represents a shining model of compromise between the former centralised regime of Franco and separatists.

The transformation of the Spanish political system has been viewed by many respected historians as an overwhelming success story. 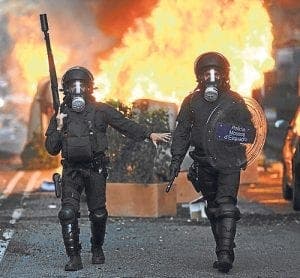 Spain maintains a special relationship with its fellow Spanish-speaking countries.

Its concept of an Iberian-American Community seeks to link the Iberian Peninsula to the Spanish-speaking countries of Latin America through language, commerce, history and culture.

The last five decades have brought increased commerce between Spain and its former colonies that defies most post-colonial experiences.

Spanish firms have entered Latin America at a phenomenal rate during this time especially in the areas of telecommunications, transportation, tourism and finance. According to the Financial Times,
“Spain has become the largest investor in Latin America with foreign purchases more than tripling in value per decade.”

Perhaps the one bright spot in the ongoing global economic slowdown has been the role of emerging nations, or those nations in the process of rapid growth and industrialisation.

The nations of Mexico, Chile, Brazil (albeit Portuguese speaking) Venezuela and Argentina are among those emerging markets that have become the positive integral players in today’s world economy.

With Spanish in the world’s top three most spoken languages; the mother country can only hope to gain in its relationship with these emerging nations.

Spain is one of the most advanced countries in the development of green energy.

Nearly 20 per cent of its energy is produced by wind with turbine technology providing power for 10 million households and employing over 30,000 people.

Likewise, the development of solar energy further underscores the country’s position as a leader in the field.

In 2007, Europe’s first commercial ‘concentrating’ solar tower was built near Sevilla. Since then, Spain has upped its solar technology manufacturing and exports making it the world’s third largest exporter of solar technology.

In addition, through ministerial rulings, local, regional and central government authorities have removed economic barriers to the connection of renewable energy technologies to the electric grid.

Of course austerity measures set forth by governmental technocrats will no doubt cause major revisions to favourable green energy incentive schemes of the past.

But the fact remains that Spain, by reducing its dependence on foreign energy and investing in a low carbon infrastructure, innovation, and green technology exports, has recognised a critical lever in reviving its economy.

Perhaps it is no accident that the first evidence of human habitation in continental Europe is to be found on the Iberian Peninsula.

Archaeological evidence in the north of Spain (particularly at the site of the Sierra de Atapuerca) dates ‘Hominids’ at 800,000 years old (imagine!), followed by the ‘Homo-sapiens’ at 350,000 years old and the ‘Neanderthals’ at 35,000 years old.

Since that time, a tidal wave of cultures— the Celts, the Phoenicians, the Iberians, the Romans, the Visigoths, the Islamic age and the Christian Reconquista – have continually given the Spanish character an ever-changing infusion of differing bloodlines.

The ongoing advancement of a certain hybrid-vigour is a fundamental element in the Spanish make-up.

In conclusion, to think that a ‘weakened Euro’, ‘austerity measures’ or something benign as ‘structural reforms’ will be fatal to the forward march of the Spanish legacy is folly.

It is my sincere belief that the preceding pre-crisis long view of history will give way to an enduring post-crisis optimism. The message to my Spanish friends is simple: this too shall pass…viva Espana!