A CRACK police outfit investigating the disappearance of Cordoba toddlers Ruth and Jose Breton has been called in to investigate a possible sighting of Madeleine McCann in Nerja.

While there have been numerous ‘sightings’ in Spain since the British toddler disappeared from the Algarve in 2007, this is not the first in the Axarquia region.

According to reports, there have been at least two alleged sightings in Nerja, and as the Olive Press revealed two months ago a sighting was reported by police by Yvonne Tunnicliffe who claims to have spotted Maddie Mercadona store in Alhaurin el Grande, just 20 miles away.

“I’m certain it was Madeleine, I wouldn’t even say I’m 99 per cent sure, I’m 100 per cent sure,” said Yvonne Tunnicliffe, who has lived in Spain for six years.

“She had mousy blonde hair in scruffy plaits, very fair skin and looked about seven or eight, which is how old she would have been now,” said the former M&S worker.

Now, Portuguese police have asked their Spanish counterparts to follow up a tip-off that the child was spotted in Nerja.

Fresh inquiries are now being made by officers from Malaga’s Judicial Police’s Central Specialised and Violent Crime Unit – the same unit investigating the disappearance of Ruth and Jose Breton who disappeared on October 8 from a Cordoba park.

Rogerio Alves, the McCanns’ Portuguese lawyer, called the cold-case review a ‘very positive sign … the most plausible explanation is information acquired by the police has put them on the trail of something specific.’ 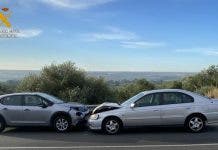 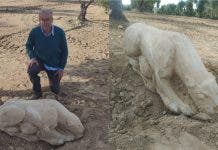 EXCLUSIVE: Russians in Spain could be linked to Madeleine snatch