NEVER have 11 Spanish words been so closely scrutinized.

With a slight bow of the head and looking decidedly sheepish, King Juan Carlos faced a long row of TV cameras and uttered the short statement: “I’m very sorry. I made a mistake and it won’t happen again.”

Marking the first time in history a monarch had apologised to his subjects, it came as Spain’s once highly popular king struggled out of a Madrid hospital on crutches having fallen on a highly controversial hunting trip to Africa.

But, the gesture – which looked genuine enough – has done nothing to stop a growing unease that Spain’s royal family could be approaching its very own ‘annus horribilis’.

Indeed, for anyone who has picked up a Spanish paper, or watched the TV gossip shows known as the ‘prensa rosa’, recently it is clear that a long-time gnawing undercurrent of anti-monarchist feeling is starting to come to the fore.

In a series of back-to-back scandals, the royals have literally and metaphorically shot themselves in the foot, and left themselves open to a degree of censure and ridicule never seen before.

Hot on the heels of a fraud scandal involving the king’s son-in-law Inaki Urdangarin, the Infanta Elena’s son Froilan shot himself in the foot when he was too young to have a gun.

Then came the ‘coup de grace’; an untimely luxury hunting trip to Botswana by the king – costing tens of thousands of euros and paid for by an arab businessman – which ended up with him falling and fracturing his hip and needing to be flown home.

In the heart of Spain’s worst recession, the fact that the president of the WWF was away, apparently shooting elephants, did not play out well in the media.

Indeed, it has marked the end of an unwritten 30 year agreement that saw the ruling Bourbon clan largely off limits to the media.

The monarchy – long credited with helping to restore the nation to democracy after the Franco dictatoship – has seen a sharp drop in popularity.

The Spanish public is beginning to question how much the 74-year-old monarch is still in touch with his people and whether the royals even notice how ordinary people are suffering.

In a poll in El Mundo 52 per cent said the Crown’s image has been tarnished by the king’s escapades in Botswana, with 62 per cent saying they do not approve of the hunting trip and the same number insisting the king should not accept gifts of this nature.

In October last year – after the Inaki fraud scandal – the royals popularity rating (4.89/10) dropped to below 50 per cent for the first time in history.

When a new poll is published later this week, it is expected to plummet even lower.

Somewhat ironically his fall from grace comes almost exactly 81 years after the Second Spanish Republic came to power in April 1931 forcing the royal family to pack their bags.

Now, with report after report beginning to surface about his private life, he may be abdicating in favour of his son sooner than he maybe though.

The latest rumours suggest that the king had left behind his wife, Queen Sofia, 73, in favour of his ‘girlfriend’, the German aristocrat Corinna Zu Sayn-Wittgenstein, 46.

While palace officials refused to confirm who had travelled with him, Italian newspaper La Stampa, insisted ‘in Spain there are two queens’; the official one, Sofia, and the unofficial, more ‘provocative and blond German princess Corinna’.

It insists the pair have been lovers for years after they met in 2006 at a banquet held in the king’s honour in her native town Ditzingen.

One online news site elpulso.es claims that the king even told his children about his ‘special friendship’ with the princess, who is separated and conveniently lives with her two children in Madrid.

The allegations are also supported by claims made in the controversial book The Solitude of the Queen, published in January by Pilar Eyre.

As reported in the Olive Press, Eyre insisted it is an open secret that the king is a keen womaniser who does not spend much time with is his wife, Greek-born Queen Sofia, who is seen in royal circles ‘as a cold, aloof foreigner’.

The queen is even rumoured to have stumbled upon her husband with one of his alleged lovers, the Spanish film star Sara Montiel, at a friend’s country house in Toledo in 1976.

Since then she has suffered in ‘dignified silence’ as Juan Carlos, who has a fleet of 70 vehicles including Franco’s old Rolls-Royce, continues to enjoy a playboy lifestyle.
Moreover the royal couple – who will have been married 50 years on May 14 – have not shared a bed for 35 years.

This is a far cry from the advice the king gave his son Felipe in a series of intimate letters that were later printed in a book The Prince and the King.

Writing in 1984 he insisted: “We have to build a closely united family, without fissures or contradictions, we must not forget that on all of us are fixed the eyes of Spaniards whom we should serve with body and soul.”

But is seems the royal family has indeed forgotten.

The last months have seen an accumulation of scandal plaguing them.

In recent months the king has struggled to separate the monarchy from the Noos corruption scandal in Mallorca surrounding his son-in-law the Duke of Palma Inaki Urdangarin.

Urdangarin, supported by his wife the Infanta Cristina, denies allegations that he used charities as fronts for taking millions of euros in public money, some of it hidden from tax authorities, so he could cash in on his royal name.

But now statements from his ex partner, Diego Torres, could show that the King himself had a wider role in the matter, acting as an intermediary between Urdangarin and public officials.
And while there is no suggestion the king has done anything illegal, it adds more fuel to the fire.

As does the incident involving 13-year-old Froilan Marichalar who shot himself through the foot with a 36-calibre shotgun, undermining Juan Carlos’s attempts at portraying his family as humble and law-abiding.

The king’s former son-in-law, Jaime de Marichalar – who separated from the Infanta Elena in 2007 marking the Royal family’s first divorce since the monarchy was reinstated – was questioned by Civil Guard authorities about the shooting.

And the press reminded the public of the 1956 tragedy when Juan Carlos, then 18, accidentally shot and killed his 14-year-old brother Alfonso.

“The African elephant scandal is not anecdotal,” says Ignacio Escolar, one of Spain’s most popular bloggers. “It cannot be so when the Spanish monarchy has spent months going from scandal to scandal, when the economic crisis makes Spaniards question all their institutions and when even his own family cannot escape the stain of corruption.”

Ironically, the one person to have emerged largely unscathed so far is the  ‘commoner’ wife of Prince Felipe, Princess Letizia.

Once looked upon with suspicion by the Spanish public, the former TV journalist and divorcee is being called the ‘saviour’ of the royals.

She may be a ‘commoner’ with divorced parents and a sister who killed herself with a drug overdose, but it seems the future queen is largely untarnished herself.

She is, without a doubt, a breath of fresh air in a monarchy that has revealed itself as outdated and out of touch.

While her family members have been caught on lavish holidays, fraud charges – and now romantic trysts – her ‘normal’ status may be just what the royals needs to reconnect with their country. 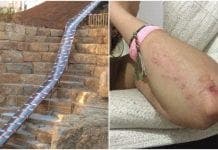